So You Think The Government Are Fascists? Then Why Give Them More Power? 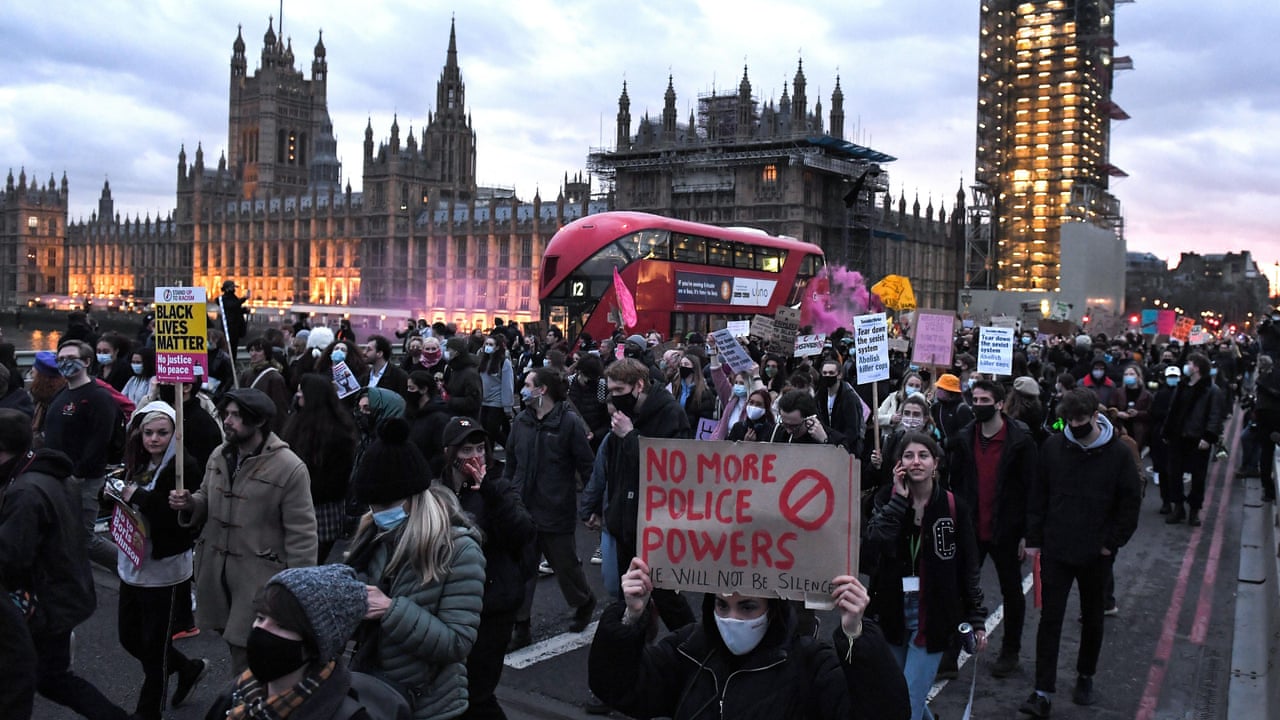 Over the past 11 years, this Tory government has become increasingly more authoritarian. It is a trend that has worried numerous people from all political persuasions. However, there is a contradictory and dissonant argument doing the rounds that I do not understand. There is a school of thought that says that the current government are fascists and authoritarians but argues simultaneously that they should have more power in our daily lives to restrict civil liberties and human rights in the name of public health.

It is my contention that if we are to believe that this government is fascist or authoritarian, we should not give them more power over the citizens – regardless of the justification. Scour the pages of history and I doubt you will find a dictator or authoritarian who genuinely cares for the people of that country and has not exploited crises or invented fake ones to exploit.

To begin I want to lay out the reasons I believe the government has more than just an authoritarian streak. This isn’t an exhaustive list, but you’ll get the picture.

They’ve been found in contempt of parliament, numerous cabinet members have broken the law and ministerial code and remain in their position, they’ve refused to give parliament Brexit impact papers, and rammed through numerous Brexit bills without adequate debate and scrutiny.

They have allowed the shady group of neo-liberal/right-wing think tanks and lobby groups centred around Tufton Street to have outsized access to government ministers and influence government policy (ideas like free-ports are right out of the Tufton Street playbook), they prorogued parliament in order to stop debate on one of the Brexit bills, lied to the queen about it, and then considered doing it again.

Members of the government have repeatedly flouted their own covid rules and guidance to almost zero consequences – including former Health Secretary Matt Hancock – in a manner that oozes “one rule for thee, another for me”. They handed out hundreds of millions of pounds (£881 million says an estimate from February) of taxpayer money to their friends and donors regardless of experience or track record, standing on the graves of the dead in true kleptocratic, banana-republic style exploiting the worst crisis in our lifetime to enrich their friends and financiers.

Do you remember all the times that the media (rightly) declared that Trump and his family were looting the Presidency? This is the Tories raiding the future taxes of you, your children, and grandchildren, in order to enrich themselves and the establishment. The fact that the pandemic has seen the greatest upward transfer of wealth in human history is no accident. Boris Johnson, our very own Trump, has lied repeatedly to his voters, the British public, and to parliament itself.

Now they have just passed one of the most authoritarian policing bills in the democratic world through the House of Commons – though it still has to go through the Lords and further scrutiny. The bill would severely limit the right to protest and increase the power of the police to crackdown on protests they do not like. This would mean the loss of another fundamental human right, to add to the ones we have already lost this year.

They have stacked the BBC with their friends and cronies and appointed favourable people to run regulatory agencies like Ofcom – who are hiring former Daily Mail editor Paul Dacre. They’ve also attempted to ignore FOIA requests and have reportedly put together a list of journalists who have been troublesome in using the FOIA protocol to get damaging information that the government does not want released.

They have repeatedly feuded with TV/News networks who have given them bad coverage, for a while they denied press access to Channel 4 and have, on a number of occasions, fought with and refused to appear on Good Morning Britain. They have also developed a cosy relationship with much of the press; Cameron and Osborne were (just like Tony Blair before them and Thatcher before him) extremely close with Rupert Murdoch and members of the Murdoch empire, whilst Theresa May struck up quite the friendship with Paul Dacre whilst he was at the Mail – hosting a private dinner for him in Number 10 Downing Street.

The Online Safety Bill may seem like a step in the right direction as well, but as usual there are authoritarian undertones – they demand that companies like Facebook and Twitter remove “harmful content” but make absolutely no definition of harmful content – harmful to whom? I would suspect the status quo. Jim Killock, executive director of the Open Rights Group, warned the idea that speech was “inherently harmful” and needed to be controlled by private companies was “very dangerous”. As if that wasn’t enough, the new proposed Elections Bill seeks to undermine the independence of an already toothless Electoral Commission (EC) by ensuring that the EC would have its ‘priorities and principles’ approved by Parliament. “In effect” according to Byline Times, “the Government of the day will thus be able to set the rules under which an election takes place.”

Over the past year we have allowed them to confine us to our homes, close down businesses and remove many of our civil rights and liberties. Police forces have been beefed up and given more power and the Coronavirus act has granted the government the kind of sweeping powers to act undemocratically that they were trying to push through with the Henry IIIV clauses in the Brexit legislation.

Ofcom have put out guidance limiting the discussion of ideas and data that go counter to the official narrative on covid – whether that is the efficacy of masks or lockdowns or the origin of the virus itself. Numerous world-leading experts have been banned from social media including Dr Tess Lawrie and Dr Robert Malone, who invented the MRNA vaccine technology. This clown show of kleptocrats is kept in power by the media and establishment class who play theatre politics and revel in the spectacle, rather than hold them to account. The revolving door spins quickly and the status quo endures. All the major regulators are powerless or captured, from the FCA to the Electoral Commission.

Why Give Fascists More Power?

In the light of all this, I see many people on the left especially, increasingly concerned about the authoritarian moves of this government. Political commentator Femi wrote on Twitter “I have no problem calling these people fascists” – for me the word authoritarian is more fitting (as I don’t believe the establishment cares about race – just money and power), but I cannot argue against this characterisation given the legislation being pushed through Parliament over the past year.

And here is where we reach the contradiction. The commentators and activists calling the government fascists are, in the same week, calling for the same fascists to have the power to restrict our civil rights and liberties in the name of public health. I understand the fear, the media and the government have done nothing but disseminate fear and terror (I suspect entirely for their own benefit) as I was told by Laura Dodsworth, author of A State Of Fear. But that does not mean that giving fascists and authoritarians more power is not an incredibly dangerous idea.

I can never believe that giving a government with this kind of authoritarian tendencies more power to control the citizens and their sources of information is a good idea – even if you believe in this cause, they will turn these tools against you. Censorship will eventually come for everyone and with our right to protest heavily restricted, online censorship increasing, and our chances of escaping the two-party system further decreased by the new elections bill. Voter ID is a distraction – if the government can mandate vaccine passports for everyone it can distribute voter ID to everyone. But as with everything, I suspect they will bastardise this policy to their own benefit and restrict the voting opportunities of the poor and disenfranchised.

We have succeeded in rolling out vaccines to everyone who wants them and over 85% of the UK adult population now have antibodies, significantly reducing the risk for the vulnerable and the elderly. We cannot cower in fear forever whilst we allow an increasingly totalitarian and authoritarian government to restrict our rights and freedoms. Rights and freedoms are much harder to get back once they are gone.

#killthebill, fascist, kill the bill, online safety bill, policing and crimew bill, policing bill
Previous PostChatter #164 – Dr. Hugh McTavish On The Real Cost Of Lockdowns And Why We Must Never Repeat Them
Next PostChatter #165 – Alex Mays on The Breakthrough Party and Breaking The Two Party System