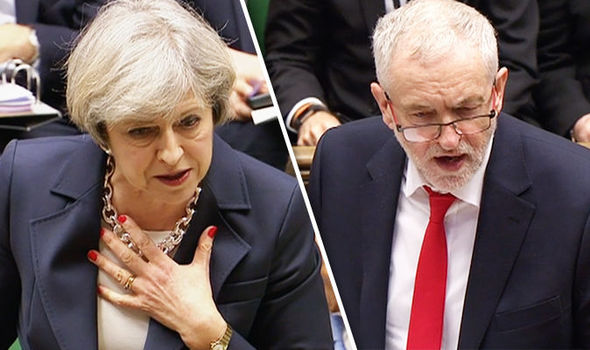 Over the past week the Tories have been hammering Labour for their apparent U-turn on student debt. Whilst we are all about making sure politicians are held to account over misleading statements and rhetoric, the “outrage” over the decision seems to be coming exclusively from the media and Conservative HQ, not from Labour voters. James O’Brien spent his radio show earlier this week trying to find anyone who supported and voted for Labour because of this supposed “promise”.

As we pointed out in our fact check last week on the issue, Labour didn’t include the issue in their manifesto, nor did they pledge to wipe out student debt. Rather, in a frequently misquoted NME interview, Corbyn acknowledged that the current system was broken and that Labour were looking into ways to alleviate or reduce that debt.

They admittedly didn’t include the policy proposal in their manifesto as they had little time to prepare the manifesto after Theresa May U-turned to call a snap election. So whilst Corbyn’s comments on tuition fees could be interpreted as misleading, only 17% of voters believed that Labour would write off student debt accrued during the past seven years since the increase to £9,000 annually. 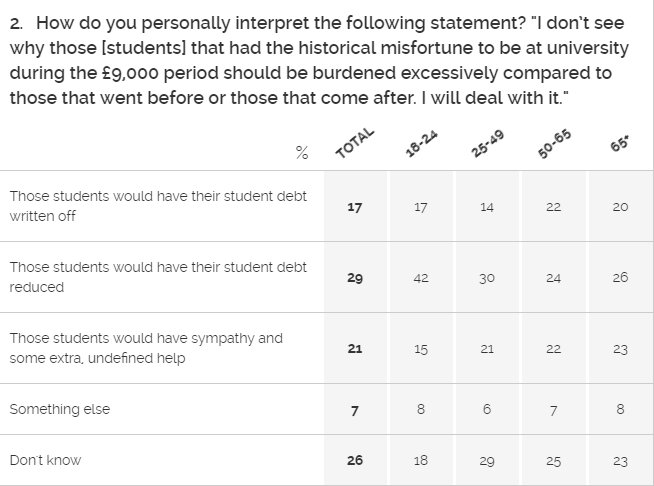 In light of the smear campaign, we felt it was necessary to put in context the extent to which Labour have divested from their manifesto in comparison to the Conservatives and other parties.

So here is the list of policies that the Conservatives have dropped since the election,

The Conservatives are not the only party who have changed their tune post-election, Nicola Sturgeon and the SNP have walked back on their demands for a second referendum in the light of a somewhat reduced seat and vote share.

The point here is not to lambaste every political party for changing their policy positions, without evolution or compromise by political parties, we would never see any progress in government or society. Instead we want to simply highlight that the Conservatives have dropped more manifesto policies than would be expected of a newly elected government, so to attempt to tarnish Labour for an out of context quote seems incredibly hypocritical.

This negative and slanderous form of politics and rhetoric is an issue that many young voters have with the Conservative Party and this tactic seems to be just more of the same. Many Senior and backbench Tories expressed grave concerns about the age divide in the electorate, yet they are continuing to pedal the same politics of negativity. If they want to be taken as a credible electoral force by younger generations, they need to understand how negative campaigning has driven young voters towards Labour and if they fail to learn from the result of 2017 election, they are doomed to suffer further defeats.