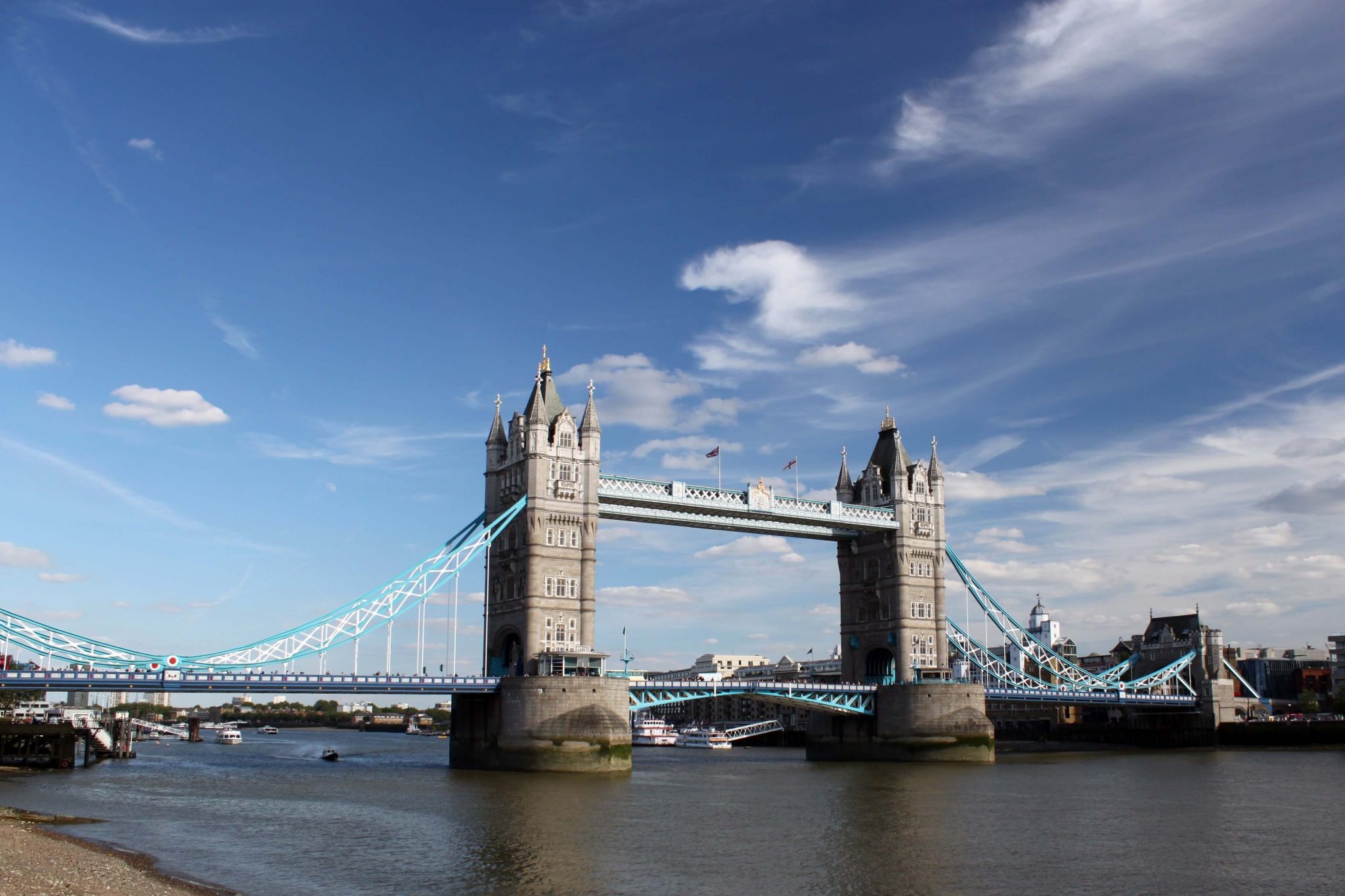 This article was originally posted here.

There is an obvious and simple answer to the question: the UK has regular general elections; at each election, a party led by a proposed prime minister is elected; the new Prime Minister selects his cabinet; they govern the country on behalf of the electorate.

But in reality, it is not clear that this process captures where power really lies. In 1974, Edward Heath famously called an election to answer the question who governs Britain? because he felt that the unions had too much power.

More recently, about half an hour into his interview with Laura Kuenssberg, Dominic Cummings seemed to suggest that the answer was that he and a small group of others were really running the country:

DC: It [letting Johnson into Number 10] was a difficult decision in summer ‘19: we spent a lot of time calculating ‘maybe we should let the Conservative party go down the toilet’ … rebuild something new.

Informed commentators have made various suggestions for who really holds the levers of power in Britain:

All of these suggestions – astonishingly – appear to be at least partly correct. The one significant group which does not appear to have undue influence on how Britain is governed is the bottom 99% of the UK population.

The Financial Times carried a powerful piece of investigative reporting, Inside Boris Johnson’s Money Network. The article set out how a so-called ‘Advisory Board’ of major party donors “enjoy frequent and direct access to the most powerful people in government.” If you have never heard of this group you are not alone: according to the FT:

“It does not officially exist on any party literature. One senior minister in David Cameron’s administration says: ‘I’ve never heard of it.’”

The Advisory Board is run by Ben Elliott, an old-Etonian and nephew of Camilla, Duchess of Cornwall – a man with impeccable connections to the wealthy.

“the donors boxed the prime minister’s ears over the troubles in his cabinet as well as the economic direction of the country under his leadership. ‘They’re fed up with all this state intervention,’ one party insider with knowledge of the discussion says. ‘The top donors are Thatcherite free marketeers, and they have no qualms about giving Boris a piece of their mind.’”

As the FT says, Johnson may not have much choice but to listen to them:

“While Johnson’s personal finances have grabbed the headlines, his friend Elliot has quietly transformed the party’s money culture, bringing aspects of Quintessentially’s model, so that ever-larger cash donations bring ever-greater access to the heart of government. It is a model that will be crucial to Johnson’s ongoing political success. As the prime minister eyes the next election, which must be held by 2024, he needs Elliot to keep delivering.”

A Shadowy Network of Think Tanks

This is closest to the explanation that Dominic Cummings put forward, and it tallies with comments made by former Tories like Philip Hammond and Anna Soubry. And again, it is at least partly supported by the facts:

Spread across two London townhouses, 55 and 57 Tufton Street and a couple of other locations, are a network of campaigning groups and far-right think tanks:

Not only do they in many instances share a physical location, but several of them were founded by the same person. Matthew Elliott is the founder of The Taxpayers’ Alliance and Brexit Central as well as of Business for Britain (the forerunner of Vote Leave), Vote Leave itself (which he co-founded with Dominic Cummings), Big Brother Watch and Conservative Friends of Russia.

The Security Committee of Parliament investigated Russia’s role in UK governance and concluded:

“We have not been provided with any post-referendum assessment of Russian attempts at interference, ***. This situation is in stark contrast to the US handling of allegations of Russian interference in the 2016 presidential election, where an intelligence community assessment was produced within two months of the vote, with an unclassified summary being made public. Whilst the issues at stake in the EU referendum campaign are less clear-cut, it is nonetheless the Committee’s view that the UK Intelligence Community should produce an analogous assessment of potential Russian interference in the EU referendum and that an unclassified summary of it be published.”

The funding of these think tanks is opaque but, researchers at Desmog found that they “are tied to major US funders of climate science denial including the Koch brothers and Robert Mercer, who also bankrolled Donald Trump” and, as George Monbiot wrote of the Institute for Economic Affairs in The Guardian,

“The only hard information we have is that, for many years, it has been funded by British American Tobacco (BAT), Japan Tobacco International, Imperial Tobacco and Philip Morris International.”

According to Dominic Cummings, the degree of power that this network believed it could exercise was extraordinary:

“… before even mid-January, we were having meetings in Number 10 saying, ‘it is clear that Carrie wants rid of all of us.’ At that point we were already saying that by summer either we will all have gone from here or we will be in the process of trying to get rid of him [Johnson] and put someone else in as Prime Minister.”

The fact that Cummings is not still in Number 10 suggests that in reality his power was less than he believed. The true level of political influence these groups have is hard to measure precisely, but their role in the Brexit campaign is undeniable and this interactive map of the relationships between the members of the cabinet and the various think tanks is at least highly suggestive of significant continuing influence.

In his interview, Dominic Cummings claimed that Boris Johnson referred to the Daily Telegraph as “my real boss.” And of course, he is not the first to notice that the press wield immense political power: the Sun newspaper famously carried a headline after the 1992 election saying, “it’s the Sun wot won it.”

The diagram below indicates the concentration of media ownership in the UK. It is a striking picture.

They can move polls and, when it is close, determine the outcome of elections. It is disturbing, but perhaps not surprising, that a Prime Minister might feel obliged to do what they demand.

Harold Macmillan complained that Margaret Thatcher’s cabinet contained more Estonians than Etonians. But by the time David Cameron – himself a distant descendant of royalty – became Prime Minister, that charge could no longer be levelled. As Michael Gove put it in an interview with the Financial Times:

“’It’s ridiculous,’ splutters Gove, Britain’s education secretary, as he reflects on the immaculately connected and expensively educated inner circle of David Cameron, his friend and the country’s Conservative prime minister. Four of this exclusive group went to just one private school: Eton College, Cameron’s alma mater. ‘It doesn’t make me feel personally uncomfortable, because I like each of the individuals concerned,’ he says. ‘But it’s ridiculous. I don’t know where you can find a similar situation in any other developed economy.’”

And things have moved on since then.

But it is not just the cabinet: senior appointments for supposedly non-political positions of power are now often made outside normal channels, and inside this narrow social and political elite; and this in turn reinforces the power of that elite.

The new Chair of the Governors of the BBC is Richard Sharp, who has donated £400,000 to the Conservative Party, and its new Director General is Tim Davie, a former Conservative councillor.

Johnson has made clear that he would like to appoint Paul Dacre – the former editor of the Daily Mail – to the role of Chair of Ofcom, the media regulator. Dacre was rejected by the interview panel:

“when a panel of outside executives and a civil servant finally met to interview the final four candidates, they concluded that the former newspaper editor did not meet certain criteria for the job and was therefore ‘not appointable.’”

But Johnson did not appoint the recommended candidate: he merely scrapped the process and restarted it, giving Dacre a second chance.

The job of running the UK’s enormous test & trace programme was controversially given to Baroness Dido Harding; the man in charge of ensuring that there is no corruption in the way that she spends £37 billion of taxpayers’ money is her husband, John Penrose. Out of more than 170 applicants for a seat on the UK’s Committee on Standards in Public Life, the successful candidate is a former Bullingdon Club friend of Boris Johnson.

Perhaps it is not surprising that the German newspaper, Die Zeit, asked whether Britain is again a feudal country.

It is clear that something is increasingly rotten in the State of Britain, and that the simple and obvious answer to the question who governs Britain? given at the top of this article is an inadequate description of reality.

It is also clear that there is more than a grain of truth in each of the four explanations set out above. But equally, none of them is a complete explanation and, even in combination, we can see that other sources of power remain.

Despite its apparently impregnable position and the extreme right-wing leanings of all four of these groups, the government has nevertheless been forced to make a number of U-turns. Most recently, following representations from the travel industry, the government has abandoned its plan for an amber watchlist for travel to and from foreign countries. Last year, following an outcry from parents, the government had to make successive U-turns on its handling of GCSEs and A-levels. And the government has twice responded to public pressure orchestrated by the campaigns of Marcus Rashford in relation to feeding the poorest children during school holidays. Even within the Conservative Party itself there is resistance: a group of one-nation Tories managed to force a debate on the government’s cuts to foreign aid, though they are not yet in a position to declare any kind of victory.

Collectively, we still have the power to change things, but there is no room for complacency. If you would like to help ensure that the UK remains a functioning democracy – or just to hear more – please do sign-up and join the 99% Organisation.