The Tabloid Noise Machine Is Proving Its Worth 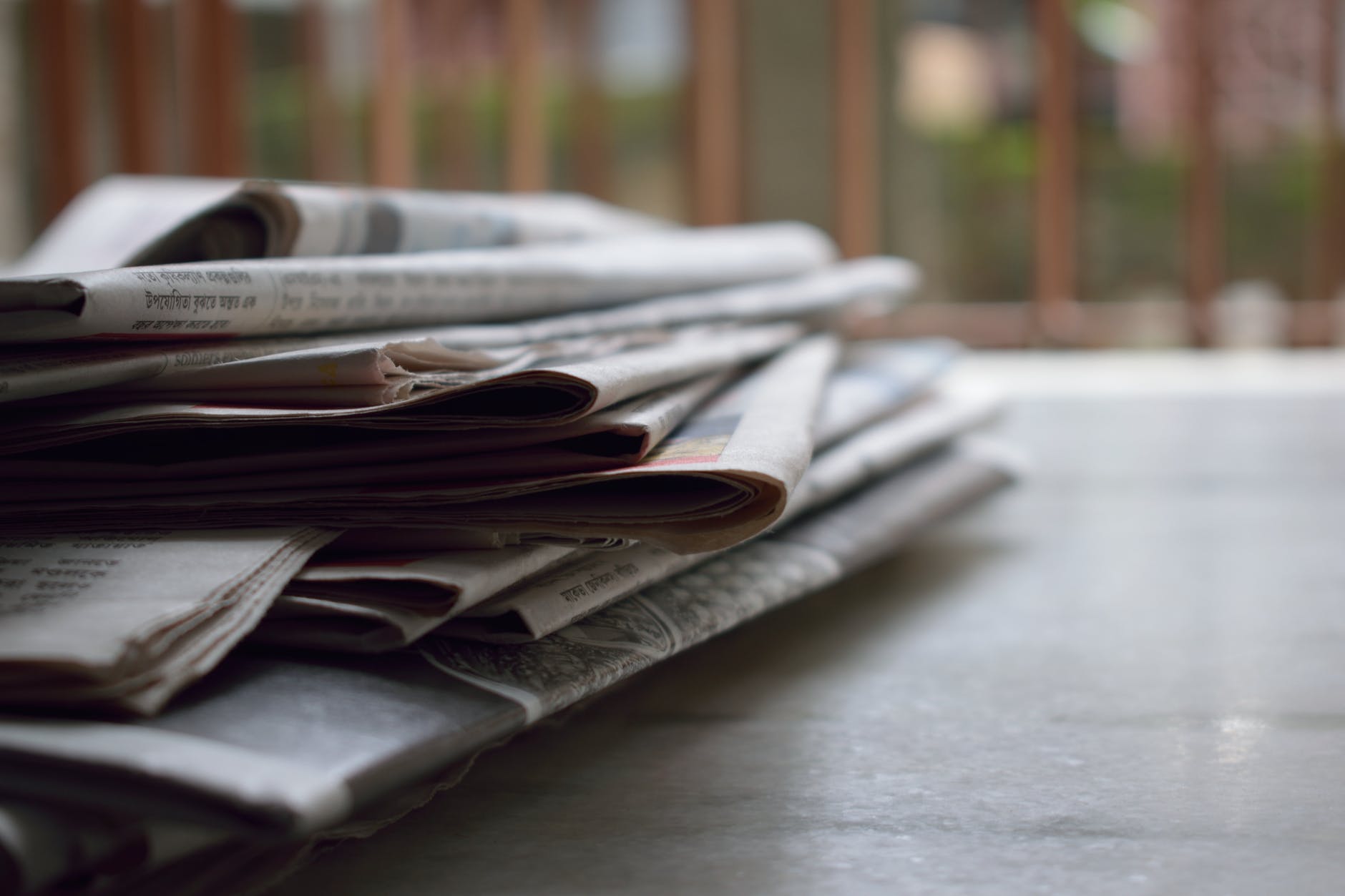 For the past 40 years in Britain we have been subject to the rule of neo-liberalism and the conventional wisdom of free-market economics. Beginning with Thatcher and tracing it’s way through a series of ideological heirs in Blair, Cameron, and now Johnson, this ideology is responsible for the ever rising wealth and income inequality and the transfer of vast portions of publicly owned wealth to private industry. There is no longer a legitimate academic or policy argument for the continuation of privatisation and deregulation, and yet the alternative is vilified as the equivalent of Stalinist Communo-Facism.

That a man who has betrayed almost every British moral or value we used to hold dear, who has lied on an unfathomable scale to his electorate during his time as Mayor and as an MP, his employers whilst he was a “journalist”, to the Queen (arguably the most beloved symbol of Britain). He has blocked the intelligence report on foreign interference in British democracy because it names numerous high-profile Russians who are Tory donors. His chief strategist has been found in contempt of parliament, and he was the public face of Vote Leave (for whom Cummings was the driving force) – who broke electoral laws, data protection laws, and have been referred to the Crown Prosecution Service by the Met Police (though we are still awaiting the result of said referral).

This man is polling at 40%, whilst the life-long peace and anti-racism campaigner is accused of being a terrorist sympathiser and profoundly anti-Semitic. He is Schrödinger’s Corbyn, simultaneously the most dangerous man in Britain and a weak useless leader unable to control his party. Each of Labour’s flagship policies of nationalisation of water, energy, and rail have majority public support, yet the Labour party itself have been reduced to a maximum of 30% in the polls, though that may yet increase. The “fiscally responsible” party have blown up the deficit by £1.4 trillion in 9 years of austerity designed to supposedly help get our debt crisis under control is now being led by a man who once declared “fuck business”. The public grasp of reality is drifting further and further from any kind of truth. The question really is, why have we ended up in a place where reality and public perception is so warped?

It’s the Tabloid Noise Machine in action. Much liked the infamous “Right Wing Noise Machine” that functions as a media ecosystem in the US, so too does Britain have it’s very own Tabloid Noise Machine. This ecosystem was first envisioned by Lewis F. Powell, the Supreme Court judge who paved the way for the Citizens United ruling that allowed unlimited contributions to Political Action Committees (independent campaign groups). In 1971 Powell wrote a memo that encouraged Corporate America to take a much more active role in politics. The next decade saw an explosion of the number of businesses with headquarters in Washington D.C. and the number of think tanks and lobbying groups like the Cato Institute, Institute for A Better America, The Heritage Foundation, and Americans for Prosperity. This period also saw the birth of Fox News as a way to put the Republican Party on TV. When I spoke to documentary maker Jen Senko for my very first podcast episode (you’ll find the link below and apologies for the poor audio quality – it was my first podcast ever) she echoed Noam Chompsky by describing this as pursuit of one-party rule – the business party.

In 2007, Theresa May vowed that to restore public trust, we must remove the dependency of the political parties on all large donors. Turns out, under Theresa May, the Conservative Party is failing to deliver on that rather spectacularly. In fact, in what seems almost too close to a parody to be true, Theresa May was revealed by the Mirror to be reliant of a group of 64 businessmen whom she dines with several times a year, for more than 1/3rd of party donations, some 12.9 million in the first 2017. More than a third of these were on the Sunday Times Rich List, including Sir Michael Hintze, Lord Bamford, and a generous smattering of people who seem to have received honours for their service of the party.

The Republicans and Corporate America have managed to put together an all-encompassing system. The think tanks produce the academic template, the media ecosystem helps sell it to the public as a legitimate idea, the lobby groups help push legislation through Congress by offering bottomless pockets of donations, and the media in turn sell it as a good for the country. The Establishment ideology in America and here is Britain is the purest belief in free market capitalism, that there should be no hinderance or artificial burden placed on the market, because that interferes with the market and creates distortions. Perhaps the most famous cheerleader of this type of ideology was Milton Friedman, adviser to Nixon, Reagan, Thatcher, and Pinochet.

The idea is that the free-market is the greatest good, David Cameron called the free market the “best imaginable force for improving human wealth and happiness”. Yet each successive wave of neo-liberal consolidation has left the majority of the population worse off, not just in Britain but around the world. This ideology has become intertwined with the desires of Corporate America and Britain as they realised promising freer markets (ie those with no import barriers or regulation) enabled multinationals to come to dominate industries globally. The free-market troika consisting of deregulation and the lowering of trade barriers, lower top-rate taxes, and privatisation through the sale of public assets (almost always at rock bottom prices) has been rolled out across the world. This blueprint has enabled the asset stripping of Latin America, the Post-Soviet States, South East Asia, Iraq, America, and Britain.

Not For The Many, But For A Few

This is a difficult ideology to grasp at its core. There is an inherent trust in politics and the world in general, that most (if not all) political parties are and always will act in the best interests of the majority of the people in the country. It’s an almost unspoken expectation, that the ruling party in a democracy is working hard to improve the lives of everyone in the country in order to win their favour and thus win re-election. But here that doesn’t exist.

The goal is to enable the sale of public assets to enrich the business community, lower top-rate taxes to ensure their income doesn’t end up back in public hands, sign trade agreements (like TTIP or TTP) that place ever more power in the hands of corporations by, for example, allowing them to sue elected governments for lost profits if they were to say, pass a law that restricts a business’s ability to drill in environmentally protected areas. The goal is no longer to improve the country for the many, but for the few. Worst of all, this ideology permeates each of the 3 major parties in British politics to varying extents. It is also present in our tabloid press that provide a poor imitation of a functioning fourth estate. Our press is almost entirely establishment owned and perpetuates the acceptance of Milton Friedman’s free market economics that first took hold under Thatcher. In the view of the billionaire press, anything that challenges the current neo-liberal status quo must be condemned with the utmost conviction, lest it be seen as acceptable by the public. Only 22% of the British public is opposed to the idea of a nationalised broadband service, yet the press reacted to this new policy announcement with all the fury of the storms and floods currently afflicting the North of England.

Over the past 40 years outside of London, and most significantly since 2010, neo-liberalism has broken communities to piece, ravaged public services, and left the country in a state of disrepair. Yet the party almost exclusively responsible, and who have promised more of the same, only more extreme, is still the most popular in the country. The Tabloid Noise Machine is truly earning their keep by entrenching the status quo. Do yourself a favour, don’t let them continue. Refuse to vote for parties that will enable the asset stripping of Britain and put your faith in someone hoping to give something back to the people instead.

british press, british tabloids, fourth estate, neo liberalism, tabloid press, the papers
Previous PostCuts to Addiction Services In The UK
Next PostThe Mounting Lies and Scandals of GE2019 (And Why They Don’t Matter)