Governing Is The Last Frontier For Technological Disruption In Politics 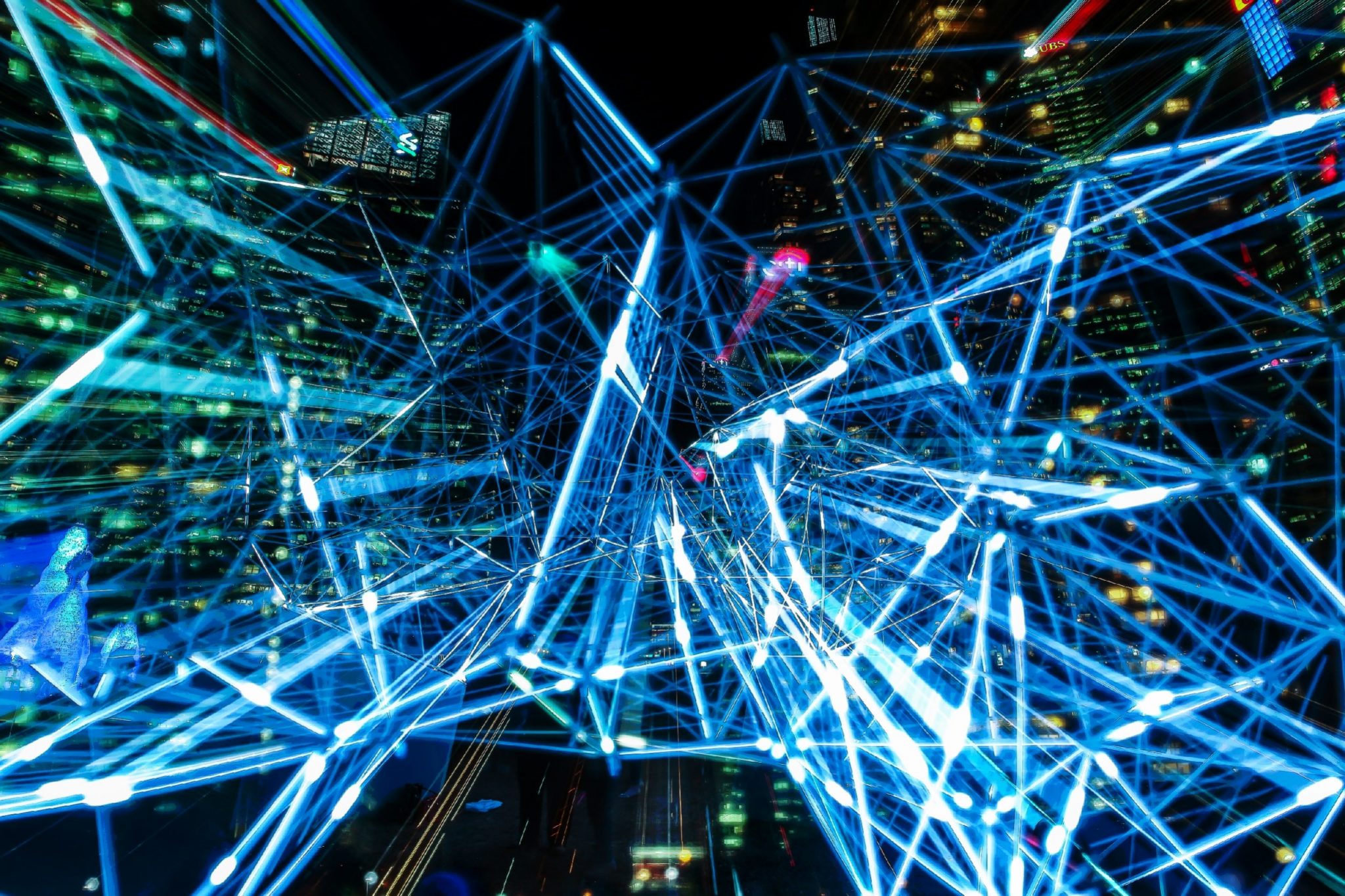 Almost every single industry has seen major disruption as a result of the explosion of technology over the past two decades. Transport, retail, media, the list is endless, and yet politics has escaped it’s grasp to an extent not seen in many other parts of life.

That’s not to say that the technological advances made over the last 20 years haven’t any impact upon the political realm. The advent of the internet and the growth of social media has started to have a noticeable and growing effect upon our political conversation. The knowledge of the entire human race is available at the touch of a button in the pockets of almost every adult in the country, information is freely available. This was meant to produce (perhaps idealistically) a generation of better informed and more knowledgeable individuals. In a way it did, everyone is so plugged into the political discourse that they are more aware of what is happening than ever before. However, this is broadly speaking, when it comes to specific facts and biases, the explosion of information has pushed us to find, consciously and unconsciously, whatever data supports the conclusion we want to come to.

Many journalists and commentators have lamented the decline of traditional news outlets to a rapidly evolving online market, they often critique our loss of journalistic standards and integrity as a major part of this transformation. But the mistrust of traditional outlets has been earned to an extent through years of partisan coverage. Their own corporate or establishment interests have corrupted the pursuit of objective journalism.

Owen Jones wrote in a Guardian column on Monday that there is no question of the bias of the mainstream press in Britain today. That on many issues the country is far more left wing than it’s press and their continued acceptance of the political status-quo has propped up Thatcherism and Neo-liberalism for the past four decades. Whilst traditional media is facing a revenue crisis, not all outlets are struggling — the magazine Private Eye is enjoying some of it’s best sales in years. People are thirsting for quality journalism. Outlets like the BBC may not be inherently biased, but they are contained within a bubble that they built themselves. They perpetuated the elitist and establishment culture and attitude through a decades-long revolving door between the BBC and the Conservative party.

According to a 2015 report by the Media Reform Coalition, called “Who Owns the UK Media?”, three companies (Sun and Times owner News UK, Daily Mail publisher DMGT, and Daily Mirror owner Trinity Mirror) control 71% of the national newspaper market. The national newspapers are owned by just eight different companies, four of which account for 80% of all copies sold. Similarly, the report found that six major regional newspaper groups own 81% of local newspapers, claiming that this ongoing media consolidation has created regional “news deserts”, where professional journalists have been pushed out by cuts and closures resulting in local monopolies or duopolies.

Does The Mainstream Media Still Have A Role To Play?

There is no doubt that the ease of access to digital outlets and the opportunity for anyone to produce content has scattered the attention of news consumers across a wider variety of outlets. However, the loss of trust is arguably an equal contributor to the disruption of traditional news brands. Trust in the media in Britain fell from 36% in 2016 to 24% at the start of 2017, whilst in the US, Gallup found that Americans’ trust in the mass media “to report the news fully, accurately and fairly” reached its lowest level in polling history, with only 32 percent saying they have a great deal or fair amount of trust in the media. Technology has already changed our media world and the way in which we consume media, but this has not affected our political process directly, at least not in a clearly defined way. Online campaigning and advertising has had a much more tangible influence upon democracy over the past few years than the changing media landscape.

Online campaigning and advertising has had a much more tangible influence upon democracy over the past few years than the changing media landscape. Almost long as the internet has been around there have been political parties using online advertising. However, It wasn’t until targeted advertising became available in recent years that it has been effectively used – the Conservative win in 2015 was attributed partially to their successful use of targeted advertising on social media, despite the ever-shrinking sphere of activists and canvassers for the party. The Russian bought ads that have been uncovered in the US election post-mortem, has been a wake-up call to the susceptible nature of social media for manipulation and exploitation. What we are seeing from governments (including our own in the UK) has been a realisation that online propaganda can be one of the most effective ways to subtly promote an agenda or an idea. Russia has been accused of using both targeted advertising and online bots as a way to push ideas, incite polarisation, and influence our political conversation online.

In our interview with Lisa-Maria Neudert of the Computational Propaganda Project (which you’ll find above), we discussed how bots can be used to push certain topics further up the agenda or disrupt the organic use of hashtags. This tactic was used by government forces in Libya during the Arab Sring to spam hashtags used to organise protestors and counter-government groups.

The New York Times (in conjunction with FireEye) have recently revealed that on Twitter (and on Facebook) thousands of suspected Russian-linked accounts used the platforms to spread anti-Clinton messages and promote leaked material. Many of these were bots who, according to FireEye researchers, put out identical messages seconds apart in the exact alphabetical order of their made-up names. For example on Election Day, they found that one group of Twitter bots sent out the hashtag #WarAgainstDemocrats more than 1,700 times.

Facebook admitted to congressional investigators that it had sold ads to a Russian company attempting to influence voters. Facebook accounts with alleged Russian ties bought around $150,000 in political ads aimed at American voters during key periods of the 2016 presidential campaign. Around 470 accounts associated with around 3,000 ads were connected and according to Alex Stamos, Facebook’s chief security officer, they were “likely operated out of Russia”. The vast majority of these ads did not specifically reference any party, candidate, or even the election itself, rather they were designed to amplify “hot-button social and political issues, such as LGBT rights, race, immigration and gun rights.”

Technology has successfully permeated the information war that comprises modern politics. Social media is still growing as a source of news and digital outlets will undoubtedly continue to grow and thrive as media diversifies.

The last frontier for technological disruption in politics is governance and policy making. Governance through blockchain is starting to raise eyebrows in parts of the world, especially in Saudi Arabia, but in the UK it is Momentum’s new app that could be the beginning of a revolution in digital democracy within the Labour Party. Launched earlier this year, M.app caused a stir at the Labour conference, allowing Momentum delegates to coordinate votes on issues and motions. This is intriguing on its own, the app is one of the first forays into voter co-ordination at a conference or within a party on policy. It’s an adaption of our interconnected society into the political sphere and has proven enormously successful so far.

Yet there is more to the app than simply coordinating votes. The app presents both sides of the motion, offering a range of views on votes – though it does list Momentum’s recommended decisions – and the app is available for anyone to download and use to promote transparency. There has been a lot of quiet distaste for the way that the app was used, with some more centrist Labour MPs complaining that the app was used to rig votes on key issues (and keep debates on Brexit off the agenda). Momentum’s finance and fundraising manager, Mohammed Afridi, commented,

“People are crying foul, but anyone can download it so we are using it as an organising tool in the open rather than having decisions made in backrooms.”

There is no rule or regulation preventing this use of technology to help organise delegates for voting, nor is there anything to stop other factions from within the Labour Party use similar tactics. That begs the question, why the opposition? Is it the infringement of technology upon one of the last untouched part of politics? Anger that they haven’t used the technology themselves? Or frustrated that their voices aren’t as influential as they used to be?

This is the first time we have seen technology infiltrating the political process beyond election campaigning and with Activate (the Conservative Youth group) setting up their own app, this is unlikely to be isolated to the Labour Party. The next step is work already being done by Richard Barbrook (watch out for our interview with him next week) alongside the Labour Party to look at further democratising the policy-making process for the party and for the country. There are more human obstacles to overcome here, including misinformation and polarisation, but this is the first step towards technology giving people more say in political decision making.