What Is The Amygdala? 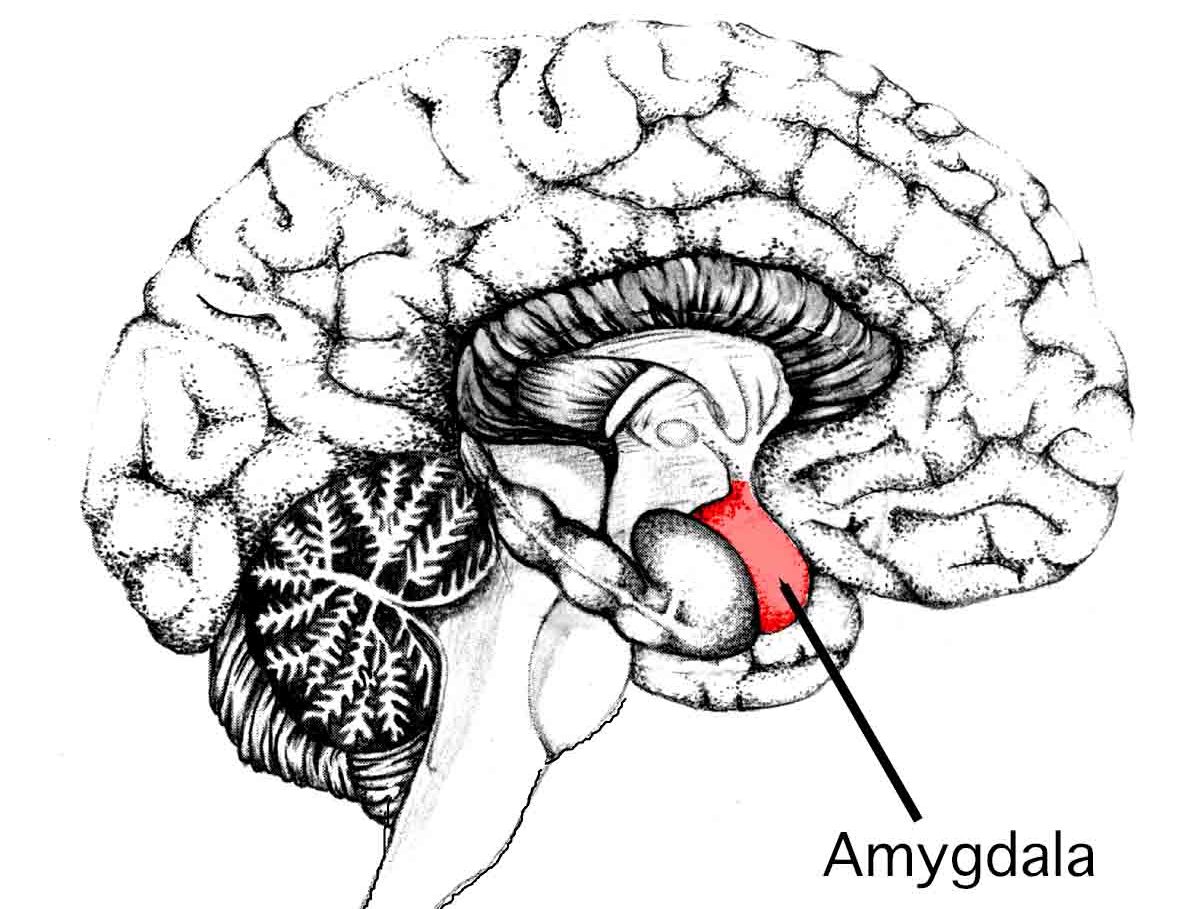 The expansion and evolution of our brains can be likened to the growth of villages into vast sprawling cities over hundreds of years. We started with a few houses, slowly building up and out as we needed more housing or more services, connecting the different parts of our cities with highways, and building specific areas to specialise in certain tasks, be it food, financial services, or manufacture. Similarly, the human brain is the result of millions of years of evolution and growth, it is a magnificent sprawling metropolis enshrining the very best (or worst) of what evolution can produce. The brain can be looked at in this way, with the oldest parts of the brain encased near the centre.

While this metaphor is a bit clunky, in that it doesn’t quite do our brain’s incredibly complex inner workings true justice, it does work on one level to help us understand how our brain has evolved. The amygdala, and other parts of the limbic system, were present in early fish and have come quite a way since then. As mammals evolved, so did their brain, allowing them to live, hunt, and survive in packs, master fire, language, civilisation (for the most part), and eventually land where we are today. Yet what we rely on today, for a lot of our decision making, is often still the amygdala and the limbic system, rather than the expanded frontal cortex.

The “old brain” deals with emotions like fear, anger, and aggression – this is where your animal instincts and “fight or flight” mechanism comes from. These processes and reactions work without conscious thought because conscious thought is far too slow and lumbering to have been useful to animals and humans millions of years ago! Yet while our brains have evolved to allow us to use higher cognitive functions that society as a whole now requires like reasoning and logic, it is often still the “old brain” that will drive our reactions – particularly when we become scared or angry.

This problem rears its head in society more often than you would think, in the hyper-partisan politically charged times we are living in these “old brain” functions suddenly become much more relevant. When we see a screaming baby on a bus, although we may be irritated, our logical brain tells us not to scream or lash out at the child or the parent (as much as we may want to at times). Yet when it comes to politics many people are being manipulated by fear without even noticing, and often at the loss of reason and logic. While the politics of fear is far too great a topic to discuss at length here, it does raise an interesting question. Can people become aware that they are being manipulated by fear? And if so how can they reach this realisation?

The amygdala is often the dominating part of the brain in children, they have to learn to understand and control their reactions. Rather than simply crying or screaming like a child, they have to learn to deal with disappointment, to understand the feelings and emotions that are hardwired into the animalistic nature of our brains. Similarly, U.S. Navy SEALs are put through a rigorous test to see how they react when faced with visceral fears. They are placed underwater and someone is sent to turn off their breathing equipment and tie it in knots – the best applicants can master their fear and try to untie the knots, whereas many panic and swim to the surface gasping for air.

There have been many ways proposed to help better understand and “talk” to your amygdala; mindfulness meditation, breathing, and focusing on the task at hand, have all been known to help curb the power and influence that your amygdala can have on your decisions. Political rhetoric has often relied on playing on people’s fears; the 2016 US Presidential election was focused on fear. Fear of Hillary Clinton as President, fear of Donald Trump as President, fear of immigrants and terrorism, fear of the erosion of “White America”. But manipulation of these fears by politicians or the media is much harder to get a hold on then you might realise, you might not even realise it is happening.

If you’d like to look at the way news media can use fear to manipulate minds you can check out Jen Senko’s documentary “The Brainwashing of My Dad”. We will be having Jen on as a guest on our podcast due to launch in August, so follow us on Facebook, Twitter, and Instagram to keep up to date with everything we are covering, or sign up to our mailing list here!

Vox also did a fantastic video on how 24 hour news channels react to terrorism and how your brain reacts to it that you’ll find below.