Covid Has Convinced Me That We Need A Written Constitution 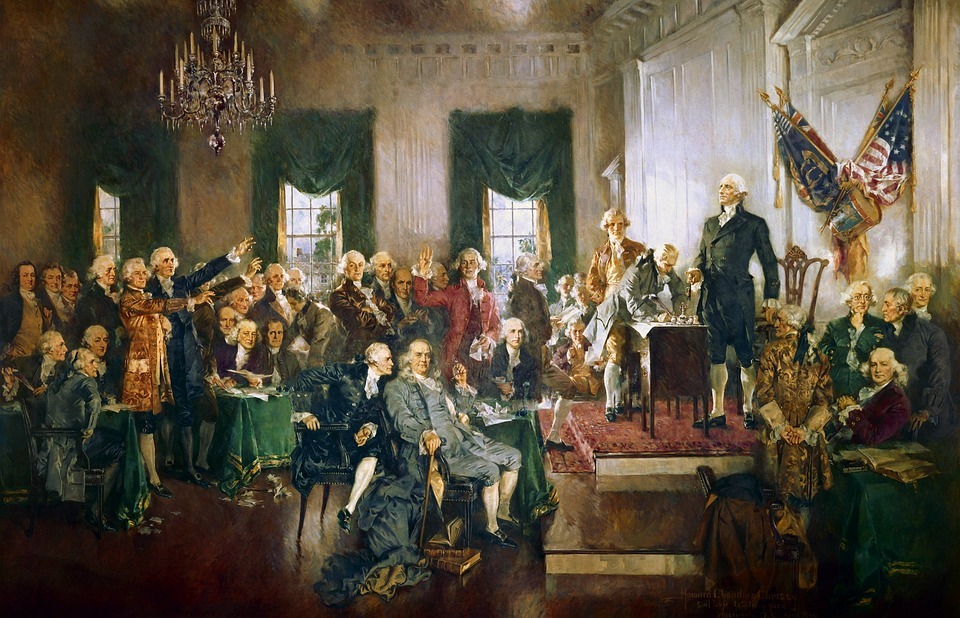 Earlier in the year, I spoke to Tom Brake from Unlock Democracy about the idea of implementing a written constitution in the UK. At the time I was intrigued by the idea, but did not see why we needed to be so urgent about the issue. It seemed to me at the time that, yes there would be advantages to a codified constitution, but it was just a nice idea for intellectuals to discuss. There was no pressing need, given the ever-mounting pile of other issues we had to deal with – corruption, the revolving door, climate change, huge levels of inequality, a slow-down in productivity, the falling birth rate, the unbridled growth of big tech – and now covid. I did not see how we could implement it or why the British public, who would need to be on-board, would ever decide that this was necessary. Far better to sort out the parking on the high street or get the bins collected more often.

In the time since then, I’ve spent a lot of time thinking about our crumbling institutions, voter apathy, and the stunning (albeit justified) amount of mistrust of media and government. I’ve had the pleasure of being able to speak to some wonderful academics and journalists on my podcast, all of whom seem to have a wonderful grasp on the issues that we face as a nation and as a species more broadly. Yet when it comes to the end of my time with them and I press them for ways in which we can achieve the reforms required to deal with whatever problem we’ve been discussing, there are few concrete ways forward. This is not a slight at my guests, they’re incredibly dedicated and knowledgeable folk, but rather a cry of apathy about our lack of options. All the possibilities seem intangible and ethereal – all we have to do is mobilise millions of people behind a cause they vaguely know about. The climate movement should show you how difficult that can be.

However, the alternative to making some sort of major reform to our system is collapse or violent revolution. In my interviews with the authors of Why Nations Fail, Daron Acemoglu and James A. Robinson, we explored the suggestion that the UK is on a dangerous path – they argue that nations fail because their economic and political institutions are not inclusive enough. In other words, they fail to represent the majority of the populace and work instead for the top 1% – something Mark E. Thomas suggests began with Thatcher in the 1980s.

So how then can we renew trust in our institutions and make them more inclusive? How can we craft a system of government capable of dealing with the trials and tribulations of climate change, inequality, financial collapse, automation, and AI? Our 17th century institutions are no longer fit-for-purpose – but do not mistake my criticism for demands that we abolish them, or tear down the system and start again. We don’t want to throw the baby out with the bathwater, so where do we begin? Tom Brake laid out the case for a written constitution:

“The way that we run our democracy is that the flexibility of it is one of the virtues of it and one of the real advantages of it… The flexibility of course can be a weakness and we saw this in relation to Boris Johnson’s plans to close down Parliament. In a written constitution, for instance, you could make it very clear that the Prime Minister did not have the power to do that. Other things that could be made clear in a written constitution are, for instance, that the UK would not seek to break international law. Then the other sorts of aspects of the written constitution that could be included would be to sort of lock in the the rights that Scotland, Wales, and Northern Ireland have as separate nations within the United Kingdom.

What we currently have I think, as you’ve pointed out, is a sort of hodgepodge of different different laws, precedent, and established practice which means that it’s very hard to to know precisely where on different issues we we stand. Now obviously I suspect that if we were to introduce a written constitution it would be substantially more detailed than the US for instance and would be more modern if i can put it that way, in terms of its its content”

Tristan Harris pointed out on his latest appearance on the Joe Rogan Experience that we need to build institutions that are strengthened, not undermined, by technology. The nature of change in a democracy is somewhat glacial – it’s a slow grind – but if we fail to reform ourselves, there are only two options – collapse or revolution. So I now believe we need a written constitution to deal with the plethora of systemic problems we now face. Some things, like the House of Lords, should be immediately abolished, whilst some need only rough reform. I propose we do that by a series of citizens assemblies and cross-community conferences – we need to give Millenials and Zoomers a part in rebuilding the institutions that have failed them. It would truly be democracy in action.

Most of all, I have spent the last year questioning under what authority the government has the right to restrict freedom of movement, protest, expression, and to close down businesses for safety. A written constitution would go a long way to ensuring that we knew what our rights were, what the power of the government/parliament is, and what rights are considered to be inalienable.

And the best bit of all this? We don’t need an agenda to try to reform the country, just a desire to enshrine more democratic norms, rights, and processes in a system that can help us see out the next century. I’ve no idea what form that takes, but it has to be better than the alternative.