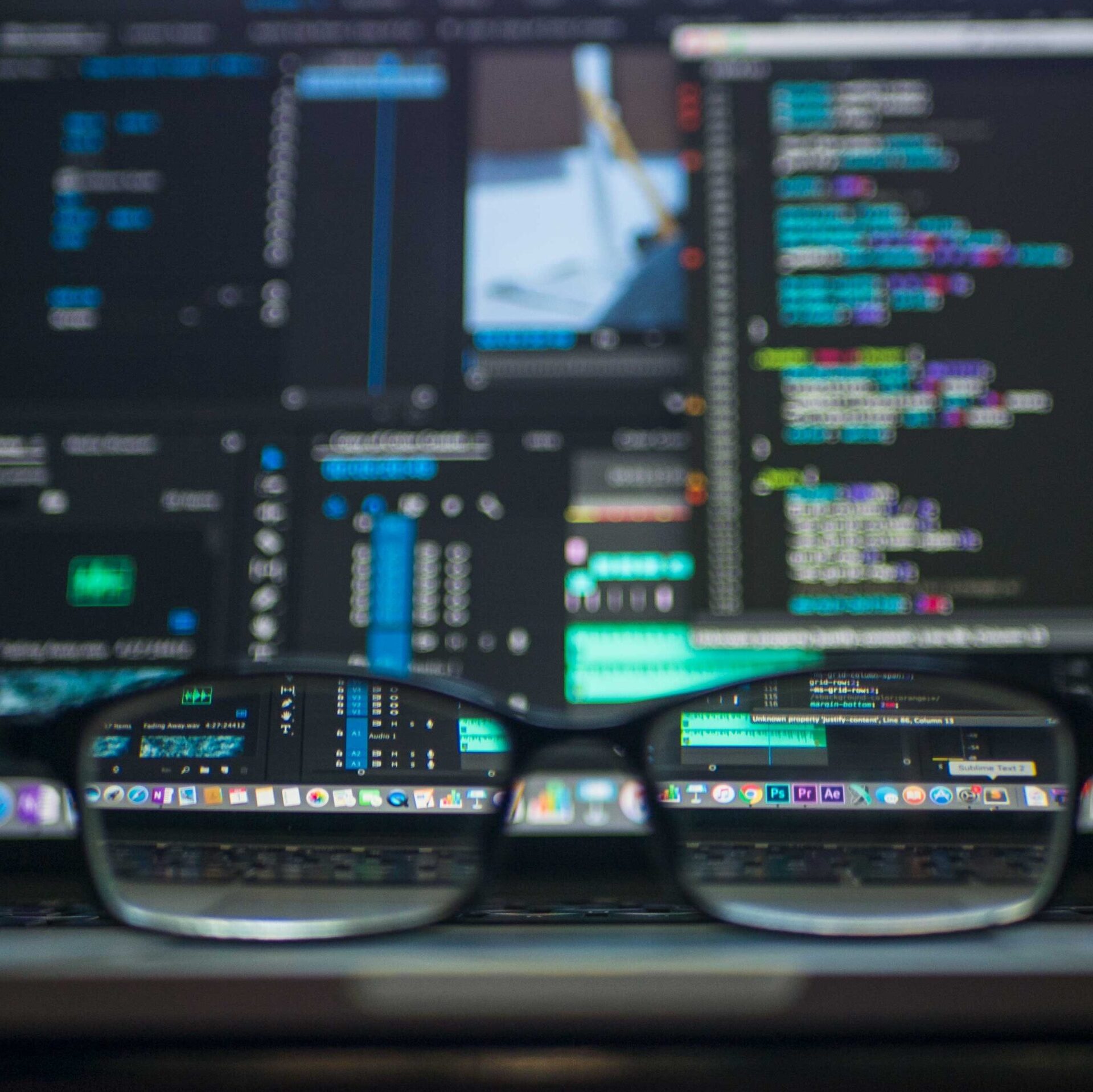 27 January 2015, Twitter HQ: Twitter executives are preparing to unveil a set of tools for advertisers. This array of new tools will allow users to be targeted based on specific criteria, such as their postcode or geographical location. The new features even enable advertisers to target users based on specific accounts they may follow, websites they have visited (by tracking cookies), or even by TV shows they discuss on the platform.

Now, this may seem like a fairly standard development, why wouldn’t Twitter want advertisers to get products in front of the most receptive consumers? Surely this helps us out as consumers too, allowing us to see the most relevant adverts to us – perhaps we will find the perfect birthday present or a deal on a product we had been looking at. But these tools were not developed with advertisers trying to sell us a holiday or a new Margherita maker. They were designed and created with political parties and campaigners in mind, Twitter made that abundantly clear in their blog post announcing the new services:

The key benefit of geo-targeting is that it enables advertisers, or in this case political parties, the ability to reach users in specific regions, metropolitan areas and now postcodes…It brings real precision to online advertising and the ability to connect with and win people over at a local level…In battleground constituencies where the race to win a seat is likely to be close, targeting by postcode could prove to be a highly useful tool as part of any party’s digital capability.

It was an incredibly significant acknowledgement of the way in which politics had truly entered the digital realm. One hundred days out from the 2015 General Election, Twitter had relented and joined Facebook in willingly courting political parties to use their platform to spread their message.

The 2015 election was the first British election to see the impact of targeted adverts. A leaked invoice from Facebook from November 2014 revealed that the Conservatives spent a staggering £114,956 in a single month. That equates to more than what 95 per cent of the British population bring home in an entire year. Why would the Conservatives need to spend so much money on a glorified chatroom?

The transition to the digital world was a natural progression for politics in the twenty-first century. By 2014, roughly 26 million of the British electorate were daily users of Facebook, the social media giant boasted that 89 per cent of ads reached the intended audience – far superior to the industry average of 40 per cent.

By the time the Brexit referendum came around, these practices had been honed by both the social networks and the advertisers. The referendum campaign illustrated with stark clarity the inherent problems of the growing power of big data analytics and the sheer amount of personal data that can be accessed through social media. The new tools were only given power by the data we offer up willingly and the more data they hoover up and campaigns they run, the smarter these tools will become. Data feeds these advertising tools and the tech giants amass more and more of it every day.

There is an unfathomable amount of data online. Facebook, Twitter, and the like hold more information on each and every one of us than most of us can possibly imagine and that information is being auctioned off daily to the highest bidder. This information, applied and analysed correctly, can wield unimaginable power. Whether willingly or unwillingly, we’ve handed over that power to the giants of Silicon Valley, so it is crucial that we understand exactly who is wielding that power and what it is capable of.

How Much Do They Know?

A survey of British consumers conducted by ComRes Global found that more than half (57 per cent) of the 2093 people polled worry about how much personal data they have shared online. Do you really know how much of your data is held online? Let’s try a little experiment.

A total of 46 per cent of consumers in the UK say they do not feel they know how much data is available about them online. The reality is that most, if not all of us, are underestimating just how much of our personal information is available online. If you walked up to someone in the street in the early 1990s and told them that in the near future they would happily exchange all their personal information, their location, their likes and dislikes, and their daily habits, simply to be able to use some online services for free, they would probably have called you crazy. I can’t imagine that they would so willingly forgo their privacy for such services. It has happened so gradually that we have all become complicit without a second thought.

This is the model for the digital economy that we created. Early on, we had to decide between paying for services with cash or with data. We chose data. Perhaps because it felt cheaper or easier or because it seemed impossible that this data could be analysed, weaponized, and monetized in the way it can be now. But for a handful of people, no one truly understood how this data could be used, at least not in the early days of the internet. It would have been almost inconceivable to imagine the impact the internet has had on our society 25 years ago. Even the most optimistic (or pessimistic) futurist would have had trouble conceptualizing the ways in which social media and technology has so rapidly permeated every single aspect of our lives.

Take Facebook, for example, based on your personal data they can tell how susceptible you are to their advertising, regulating your dosage to find the optimal level of advertiser content to maximize your number of clicks. They partner with firms who can monitor what you do in the real world, to see if those adverts translated into purchases offline, and even track your every movement. Nobody on the planet knows your location at every second of the day (not even your Mum), but if you leave your location services enabled on your phone, dozens of corporations will track every step.

You can take a look at the number of apps that access your location on your phone right now. If you’re on Android:

If you’re on IOS:

Just take a second to think, do Snapchat or Facebook really need to know your location at all times?

This information isn’t exactly safe, either; in 2013, Facebook announced that the information of 6 million users had been leaked. When you are unaware of what data has been gathered on you and who holds it, it is impossible to ensure it is secure. Not only are we giving up our privacy to private companies that we interact with directly, but it is also available for third parties to bid on or access illegally.

Even if you have managed to avoid Facebook altogether, you aren’t safe from companies attempting to gather data on you too. They have already been on the receiving end of multiple class-action lawsuits alleging that the firm has been profiling non-users without their consent. In one case they were accused of using face templates to scan pictures with faces that haven’t been tagged, who may never have used the social network in their lives, and creating a ‘digital biometric template’ to build photographic profiles and match them to other data they have gathered through profiles of your friends.

Do yourself a favour, right now (or maybe after you read this book and recommend it to everyone you know), go and check how many apps have access to your data on Facebook.

Surprised yet? Not only do they store data on those with accounts, they store data on people without a Facebook account – it is a global surveillance program in all but name, operated by a privately-owned company and enabled by us as a species.

They are tracking where you are, which applications you have installed, when you use them, and what you use them for. They have access to your webcam and microphone at any time, your contacts, your emails, your calendar, your call history, the messages you send and receive, the files you download, the games you play, your photos and videos, your music, your search history, your browsing history, even what radio stations you listen to.

The EU General Data Protection Regulation (GDPR) that came into effect in 2018 has put much more onus on companies to be transparent about what data they are collecting and why they are storing it, so post-GDPR there may be more accountability required on Facebook’s part. Unfortunately, to curb the reach of this global juggernaut may be difficult or almost impossible at this point. Corporations have become almost as powerful as nation-states, especially the behemoths in Silicon Valley. The lack of regulation in the tech industry, the fast-moving nature of the business, and the potential lobbying powers emanating from California mean that taking on Facebook or Twitter, even for governments, can be incredibly complex and tiresome. The British parliament has been unsuccessful in summoning Mark Zuckerberg to testify to them, despite numerous attempts.

This is an excerpt from Brexit: The Establishment Civil War