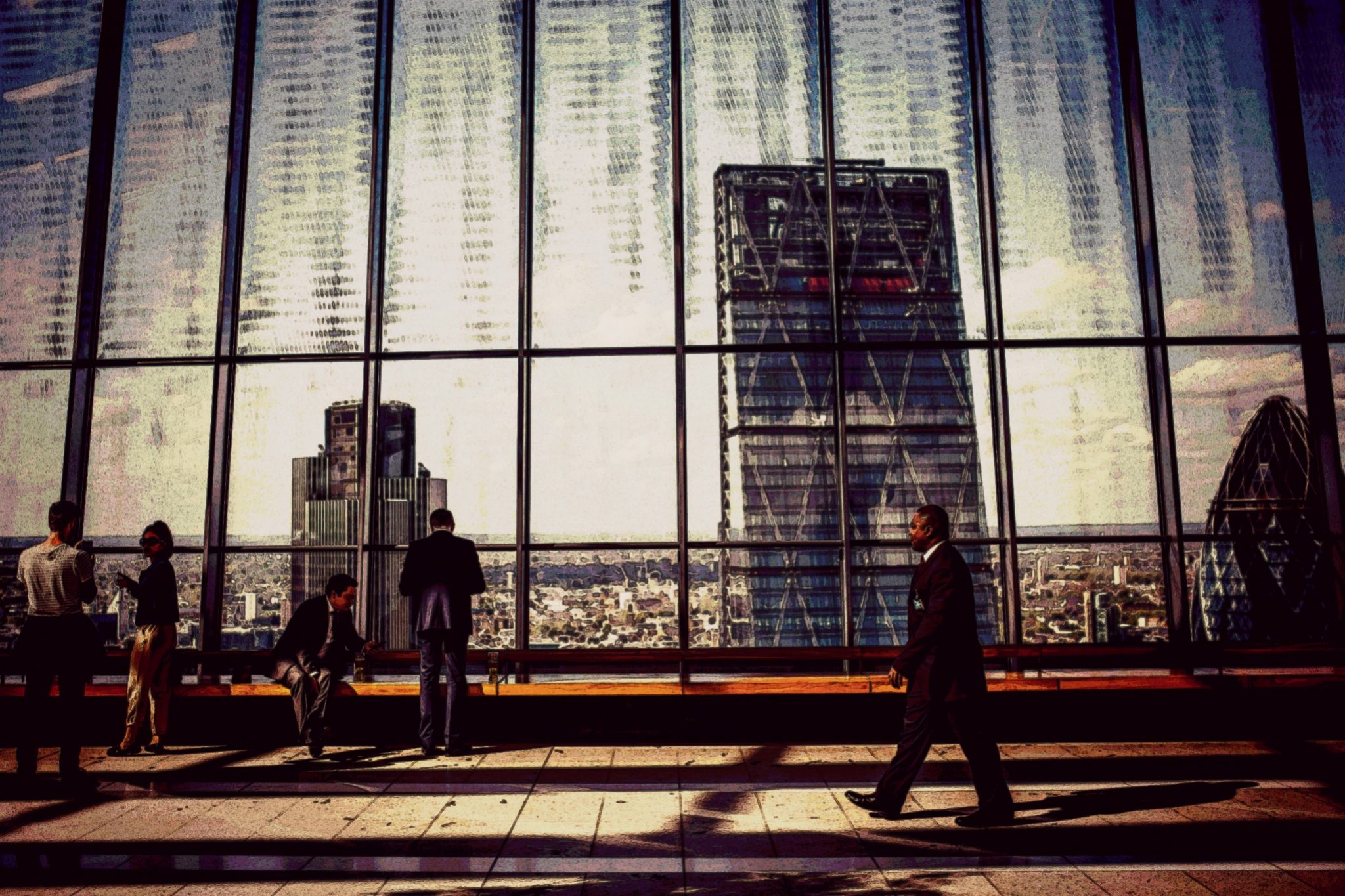 The real motivations behind the campaign for Britain to leave the EU were never truly clear during the campaign, though revelations over the subsequent 16 months have given us more and more insight into the true forces at work here. There have been numerous investigations launched into the legality of actions taken by the Leave campaign, the Paradise Papers showed the scale of offshore tax evasion (which the EU is attempting to crack down upon), and questions now hang over the extent of Russian influence via social media bots and troll factories. We wanted to take a look at the offshore money that pushed (and is still pushing) for a hard-Brexit through the press, campaign groups, think tanks, and access to politicians.

We spoke to Niall Bakewell of Friends of the Earth in one of our very podcasts about the issue of the DUP Dark Money – if you skip to 4 minutes in you’ll find Niall’s fantastic explanation.

The source of the donations wasn’t originally clear due to Northern Irish laws that mean political donors are more protected, but the group has since been named as the Constitutional Research Council. It is run by the CRC’s chair and former Scottish Conservative parliamentary candidate, Richard Cook, and has been declared by OpenDemocracy as a potential front organisation to fuel money anonymously as it has no formal or legal status and refuses to name its members. The DUP strangely chose not to ask where the money was coming from and just got on with spending it.

Steve Baker, now a junior minister in the Department for Exiting the European Union (DExEU), received £6,500 from the CRC when he was chairman of the European Research Group (ERG) a pro-Brexit caucus.

Data released by the Electoral Commission showed that the Vote Leave campaign had spent £3.9million, more than half of its official £7million campaign budget, on services provided by AggregateIQ, whilst other affiliated Leave campaigns spent a further £757,750. Run by Zach Massingham a former university administrator, AIQ is a low-profile consultancy that, among other things, specialises in developing highly-targeted Facebook advertising. AIQ was set up in 2013 by Zack Massingham, the company has 20 staff and works out of Victoria, British Columbia.

Some fantastic reporting done by Buzzfeed revealed that Vote Leave donated £725,000 to two related Brexit campaign groups in the final weeks of the EU referendum campaign, just as the Leave campaign was approaching their spending limit of £7 million. The groups then immediately spent the money on online advertising campaigns run by Vote Leave’s own IT supplier, Aggregate IQ. BuzzFeed News found that Veterans for Britain and Darren Grimes, then a 23-year-old fashion student, received substantial donations from Vote Leave in the final weeks of the campaign.

According to Open Democracy,

“Co-ordination between campaign groups is illegal under UK electoral law unless their expenditure is counted together – a law designed to ensure that no one can get around campaign spending limits by setting up front groups.”

OpenDemocracy has also raised further concerns, after reporting that Vote Leave, Leave.EU, Grassroots Out, Ukip and the Democratic Unionist party all used a tiny branding agency called Soopa Doopa, based in a house in Ely, Cambridgeshire. Vote Leave spent £637,000 with this agency, whilst the DUP spent nearly £100,000 and concerns have been raised over violations of collaboration laws. Each campaign group was capped at a spend of £7 million, but there is no limit to the number of campaign groups that can support a given issue. There must, however, be no coordination or collaboration between groups, as this would allow unlimited amounts of money to be spent by simply setting up lots of coordinating campaigns.

Legatum and the Brexit Department

Two of the biggest names of the Brexit Campaign were Michael Gove and Boris Johnson, who have repeatedly pushed for a hard Brexit to free Britain for European regulation. With the intellectual backing of the Legatum Institute, the pair have demanded that the prime minister reduce taxes and repeal swathes of European regulation.

The Legatum Institute is a right-wing free-market think tank funded by the New Zealand born Chandler brothers, who made their billions during the 1990s in Russia and once owned 4% of Gazprom (a large Russian oil and gas firm). After making their fortune investing in Honk Kong real estate, they formed the investment firm Sovereign Global in Monaco to focus on transitioning industries in Russia, Latin America and Eastern Europe. Legatum is just a single wing of a large Dubai-based hedge fund that gives millions to the Legatum Foundation, which in turn provides the money to run the Legatum Institute.

They have come under scrutiny recently over links to ministers within the Brexit department. According to The Times,

“Concerns have been raised about links between the Legatum Institute and the Brexit department and the background of the think tank’s main financier and founder, Christopher Chandler, a New Zealand-born tycoon who made part of his fortune with his company, Legatum Group, via investments in Russia.”

The Charity Commission is launching a probe into whether Legatum’s push for a hard Brexit goes beyond its educational remit as a charity emphasising to “advance the education of the public in national and international political, social and economic policy”. Legatum were only able to gain charitable status in 2010 after overcoming questions from the UK Charity Commission over whether it would be able to advance “education in the charitable sense rather than simply promoting a particular point of view”. So this review is hardly out of blue.

It obtained charitable status in 2010 after allaying the concerns of the UK Charity Commission over whether it would be able to advance “education in the charitable sense rather than simply promoting a particular point of view” given their increased influence within government.

There are many links between the Institute and senior government ministers. A former Legatum adviser, Crawford Falconer, is Britain’s chief trade negotiations adviser, second in command in Liam Fox’s Department for International Trade.The Brexit Department has failed to respond to various freedom of information requests about its relationship with Legatum.

The Mail on Sunday photographed Shanker Singham, director of economic policy at Legatum, and Michael Gove at a behind-closed-doors Commons seminar on Brexit last Friday, also attended by No 10 and US embassy officials. The Mail claimed that this was the most recent of at least seven meetings with ministers over the past 14 months, prompting further questions over the access Legatum now has to the government. A former Legatum adviser, Crawford Falconer, is Britain’s chief trade negotiations adviser, second in command in Liam Fox’s Department for International Trade.

Dominic Grieve, Chairman of the Intelligence and Security Committee, has also declared that he will be looking into the institute, as part of the investigation into Russian attempts to influence UK politics.

The foreign funders of the hard-Brexit thinktank stand to benefit most from heavy deregulation of environmental restrictions, tax evasion laws, and workers rights. Guy Shrubsole, a campaigner at Friends of the Earth, commented that,

“Legatum’s demands for deregulation after Brexit, and its full-throttled support for letting the market loose, raise questions about who is trying to profit from the Brexit process. People who voted ‘leave’ were urged to do so to ‘take back control’ – not cede control to a shadowy network of think-tanks and backroom lobbyists.”

In the next part of this series, we will look into Aaron Banks, the foreign-owned press, and how tax evasion regulation makes a hard-Brexit attractive for large corporations.