Dogecoin: Another Bubble Or To The Moon? 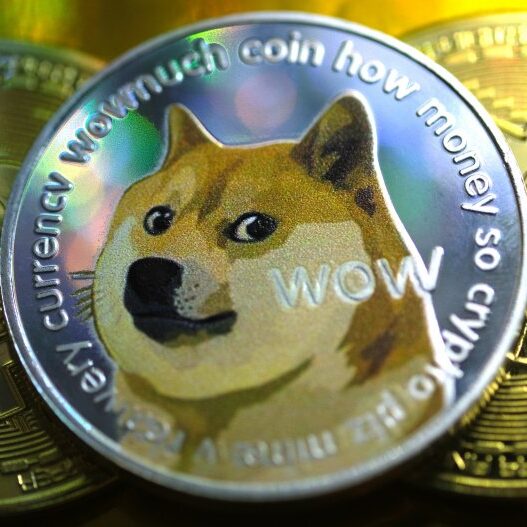 DISCLAIMER: This is not financial advice and is purely for educational purposes.

If you are reading this article I’m sure you are well aware of the massive rise in price of Dogecoin in recent weeks. Doge started the year at a price of £0.0015 and as of the time of writing is currently being traded at £0.2889 which works out at a whopping 19160% increase in price. With such huge gains it begs the question; is the bubble about to burst? I’m going to have a more in depth look at the coin to hopefully let you decide for yourself.

A good place to start any story is at the beginning, so how did Dogecoin come into existence? Jackson Palmer, a software engineer at Adobe, started it as a joke with the help of Billy Markus, a software engineer at IBM and the coin was launched on December 6th 2013. In an interview Palmer was quoted saying ‘One night after work, I sat down with a beer, I had too much time in my hands and I bought Dogecoin.com. Then I Photoshopped the logo onto the coin and put it up there. It quickly gained attention on Twitter and Reddit, seeing upwards of a 300% increase in price in the first few weeks. The coin then traded sideways until 2017 when a lot of interest in the cryptocurrency market arose. In January of 2018 at the height of this bull run, Doge saw prices as high as £0.0121 (around the same time Bitcoin hit its previous all time high price). From there it dropped a bit and traded sideways until the current bull run that began around January 2021. In general it has followed the trend of bitcoin, experiencing a 4 year cycle.

Originally Dogecoin was planned to be capped at 100 billion tokens. However, on February 1st 2014 the developers announced that the supply would no longer be capped at 100 billion and would have a 10,000 doge block reward, with every block being mined in approximately 60 seconds [2]. The current amount of Doge in circulation is around 113 billion. This circulating supply can be multiplied by the current price to give market capitalisation of the coin, which is estimated to be around £33.4 billion at the time of writing.

It is also worth looking into the distribution of these tokens which can be done with the help of Dogecoin block explorers. The Dogecoin rich list on bitinfocharts.com shows that almost 50% of the total circulating supply is held within 12 wallet addresses, with one of those wallets containing 28.42% of the total supply [3]. Data also shows that ~60% of Doge is held in wallets older than 1 year old, with the remaining ~40% of Doge supply being held by traders for less than 1 year [4].

Why Has DogeCoin Become So Valuable?

There appear to be multiple reasons for the surge in the price of doge. Perhaps the most obvious one being Elon Musk and his tweets on the cryptocurrency. Musk appears to be bullish on the doge judging by his tweets and even went as far to say he would literally take dogecoin to the moon with Spacex [5]. Peter Schiff, a bitcoin sceptic, has also jumped on the Doge bandwagon claiming that ‘Dogecoin is eating Bitcoin.’[6] This social media attention in my opinion is one of the main driving forces behind the current price but is not the only factor.

I believe recent happenings with Gamestop stock (GME) has also contributed in part to the rise in Doge investment. As retail investors who profited from the rise of GME stock price seek to move their profits into other assets. Dogecoin seems like the obvious cryptocurrency for those investors to move into as it holds many similar sentiments to GME. The coin was spawned from memes and I think its a large part of its success. Its light hearted fun for a lot of people and a way of sticking it to the current economic system.

The transition into altcoin season is another factor affecting the rise in price of Doge [7]. As Bitcoin market dominance drops, this money is moved into altcoins such Ethereum, Ripple, Cardano, Dogecoin etc. that investors deem to have more potential short term gains than Bitcoin. We are currently close to the peak of altcoin season as we have seen bitcoin dominance drop from 72% at the start of 2021 to 53% currently [8].

Finally, a recent push by Dogecoin traders on various social media platforms to brand 20th April (4/20) as ‘Doge Day’ has also slightly attributed to the buying pressure on Doge. The aim of the Doge enthusiasts is to see the crypto reach $0.69 and as you can imagine is surrounded by hilarious memes. This buying pressure is likely to be short lived with a potential sell-off on the days following 4/20, which could lead to a dip in the price.

I love the story of Dogecoin and the memes it has spawned, however, I do not see the current price as sustainable and I can see a huge crash occurring in the near future. The clear centralisation of almost 50% of Doge supply being held within 12 wallets is a huge red flag. Any movements from these wallet addresses to sell could cause the market to crash alone as the demand for that amount of Doge is just not there.

The current media attention on Doge is definitely a large driving factor for its price and I don’t see it being this prominent in the news long term. As media attention on Doge drops so too will the price and this is something investors, especially new retail investors, should be aware of. This is a high risk investment and should be treated accordingly. If I was invested in Doge and had saw these huge % gains, I would be taking profits and re investing them into something that carries less risk.

I think its also worth covering how this event will affect the cryptocurrency space as a whole. Its great to see Doge exposing a lot of new retail investors to crypto. However, this could be bittersweet as many of these new investors have like bought into Doge late trying to ride the wave of gains and are likely to get burnt when the crash eventually comes. That’s why its always important to plan your exit strategy accordingly and take profits along the way.

Overall, I think the impact that this will have on the crypto industry in the long term will be negative. It has the potential to leave new retail investors with a sour taste in regards to crypto and gives regulators a reason to get involved, punishing the industry as a whole for the short comings of Doge.

If you enjoyed this article, you can tip the author in DogeCoin!

bitcoin, btc, crypto currency, doge, dogecoin, dogecoin price, dogecoin to the moon, how much is dogecoin worth, price of doge, why is dogecoin going up
Previous PostChatter #139 – Jeremy Kauffman On LRBY Replacing YouTube, Odysee.com, And Crypto-Currencies
Next PostChatter #140 – Giles Milton On Writing, The National Archives, and The Quirks Of History