Who Are RB Leipzig?

Along with Coca-Cola and Guinness, Red Bull is currently one of the most famous beverage brands in the world. However, it’s not necessarily the consumption of the energy drink that makes the company so famous, so much as Red Bull’s phenomenal marketing strategy.

Many large corporations these days snap-up the opportunity of sponsoring a multitude of sporting events from the Olympic Games to the FIFA World Cup. Football is of particular interest to these companies due to the level of exposure corporations can obtain during 90 minutes. Red Bull however, takes it to another level. 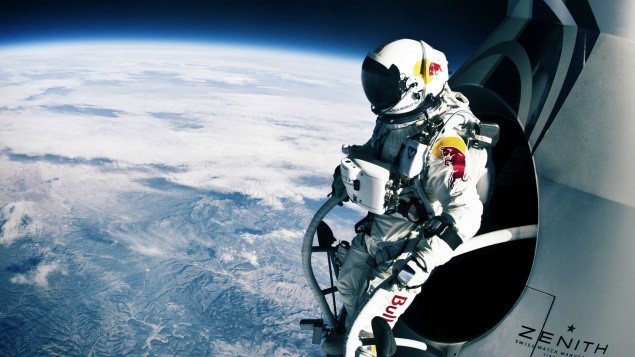 Over the years Red Bull have become famous for sponsoring events such as cliff diving, skiing, air racing, motorsport and even down-hill soap box racing. And who can forget Felix Baumgartner ski-diving from 128,000 feet?

In recent years however, it has been Red Bull’s involvement in football which has caught the most attention. The company currently owns five football clubs around the world; New York Red Bulls, RB Leipzig, FC Red Bull Salzburg, Red Bull Brasil and Red Bull Ghana. The manner in which these clubs have been taken over which has become the source of great controversy.

In 2009, SSV Markranstädt was a small club based in the German city of Leipzig. When Red Bull decided to buy its playing rights for €350,000 in 2009, it was playing in the 5th tier of German football. “RasenBallsport Leipzig e.V” was founded in May of 2009, with all seven founding members directly associated with Red Bull. Unlike the other Red Bull teams RB Leipzig is not called Red Bull Leipzig as the German Football Association do not permit the names of corporations to be form part of club names. Instead, the RB stands for RasenBallsports but still maintains a recognisable link to the energy drink.

Through changing the name, club badge, and kit colours, Red Bull effectively deleted the traditions that many football fans love so dearly. The financial backing the company has given these football clubs has lifted them to extraordinary levels of success in a relatively short period of time. For RB Leipzig, the impact of Red Bull’s backing was instantaneous, finishing top of the 5th division in their very first season and gaining promotion to the German fourth division (Regionalliga). After massive investment resulted in four promotions in seven seasons, RB Leipzig eventually landed in the Bundesliga for the 16-17 season. 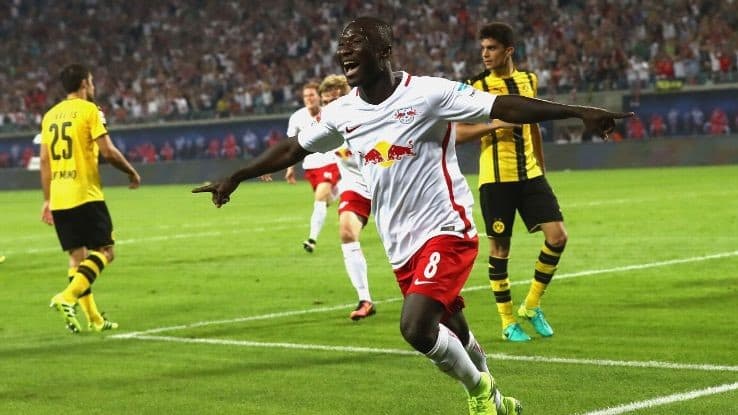 The majority of seasoned football fans would expect newly promoted teams to struggle during their first season in the German top flight. With Leipzig however, quite the opposite was true. In fact, they set a record the longest undefeated streak of a promoted team to the Bundesliga, winning 10 and drawing 3 of their first 13 league games. Eventually Leipzig finished second in the league, ahead of Dortmund, to qualify for next seasons Champions League.

Comparisons can be drawn between the meteoric rises of RB Leipzig and Leicester City, who became the neutrals favourite during the 15-16 Premier League season. But Leipzig don’t have the luxury of having the support of neutral fans, quite the opposite in fact. RB Leipzig is despised in Germany. Everyone recognises that the team would not have had the success it has if it were not for the investment afforded by its billionaire owners. Unfortunately, football is synonymous with hooliganism and bitter rivalry and the level of hate for RB Leipzig is on par with the abuse hurled by fans during Glasgow’s Old Firm games. Borussia Dortmund fans boycotted their team’s away match in Leipzig because they didn’t want the ticket sale revenue going to Red Bull and more shockingly, Dynamo Dresden fans threw a severed bull’s head from the stands – a stunt which cost the club €60,000.

RB Leipzig’s management structure goes against the traditional management of German clubs. The vast majority of clubs in Germany are majority fan-owned through the “50+1 rule”. This rule requires 51% of the club’s board to comprise of supporters who have a say on major decisions that affect fans. This effectively saves clubs from becoming the play-toy of billionaires.

Borussia Dortmund currently has around 140,000 members, whereas RB Leipzig only has 17. Annual membership for Bayern Munich will cost you no more than €60, while RB Leipzig charges fans €800 a year to vote on club matters. Red Bull has been brazen in its way of operating and shows no regard for German footballing traditions and as a result, the club endures much antipathy.

The fear from opposition fans in Germany is that RB Leipzig opens the door to other clubs being snapped up by billionaires who takeover clubs and pump up the prices of memberships, tickets and replica shirts, like the Man City, Chelsea, and PSG’s of the world. So in essence it’s not the club that people dislike, it’s what the club and its owner represents that is to the distaste of many football fans.

The problem that Leipzig face long-term, is trying to prevent their star players from leaving for bigger and more historic clubs around Europe. Teams such as Bayern Munich, Barcelona, Real Madrid, Manchester United and Liverpool are steeped in a rich history of winning the biggest prizes in football. This is in stark contrast to Leipzig who until eight years ago did not exist. Leipzig’s star players such as Timo Werner and Naby Keita have already attracted a great deal of attention from Europe’s elite after last season’s success. Indeed, Naby Keita has recently been heavily linked with a €80million move to Liverpool. Whether or not they can maintain their talented squad remains to be seen. However, this will ultimately decide whether they can write the next chapter of their remarkable rise by making a real impact in the Champions League.