The “Better Deal” Is A Turning Point For The Democratic Party 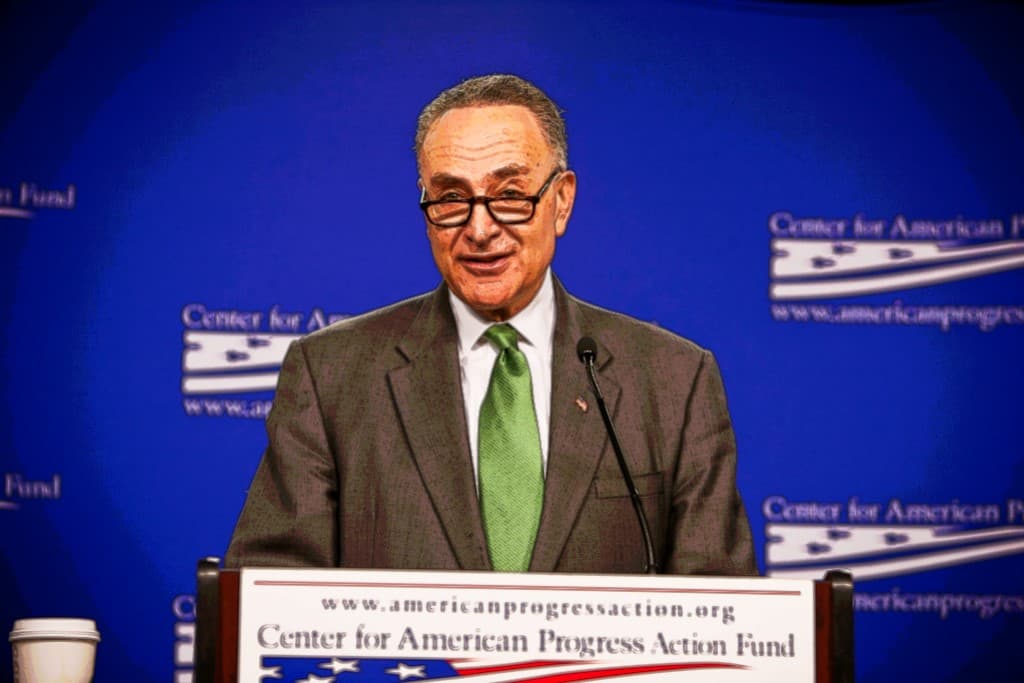 After the shock loss to Donald Trump in November of last year and a string of special elections where they have failed to get over the line, the Democrats, led by Chuck Schumer, Nancy Pelosi, and the DNC, are preparing to launch their brand new economic platform; the “Better Deal”. The party has lost the White House, Congress, and numerous state legislatures over the past eight years, prompting many to declare that the party is in crisis and needs reformation. The question has become how do they refocus their message and the party as a whole and this economic platform is a fairly clear indication of which direction they are going to go.

There has been a dispute amongst party leadership and pundits alike as to whether a move to the centre or further left is required to bring the party back to electoral success. Some have suggested that identity politics and liberalism has hurt the party and damaged the working class vote in states like Wisconsin (that Hillary lost to Trump), citing Obama as one of the key reasons for their decline in fortunes since his election.

“The Democratic Party is at its lowest point in my lifetime,” said Mark Longabaugh, a senior strategist on Bernie Sanders’s campaign. “I don’t know how you walk away from that fact.”

The Democrats currently hold around 1000 seats less than the Republican party in state legislatures and have lost control of both houses of Congress, but this situation cannot be pinned solely on Obama. The number of seats lost in Congress is fairly in-line with what is expected to come off the back of a two term president, it is at a state level where they have suffered the worst losses – so perhaps Obama is not to blame for poor performance on state and local levels.

Since the election there have been a handful of special elections for Congress, yet despite Trump’s poor approval ratings Democrats have failed to win a single seat. There has been a lack of a clear message to counter Trump and the Republican’s that isn’t simply “we aren’t Trump”, something that has been criticised by the progressive elements in the party. Congressman Mark Pocan commented that:

“What people really talk about is, can they pay their mortgage? Do they have health care for their family? Can they send their kids to college? Can they take a family vacation? I don’t care if you’re a Blue Dog or a Progressive Caucus member, we all hear that in our districts.”

Yet despite not winning any of the special elections, there are some positives that Democrats can take from these results. All of the seats were up in deep Republican territory and yet the GOP watched commanding double digit poll leads collapse into slim victories, despite the absence of a  resonating or coherent message. In fact in the races at both state and local level since the Presidential election, the Democrats have seen an average 16 point swing in their favour.  It should give them confidence to pursue a 50 state strategy for Congress and the White House – something Bernie Sanders and new DNC Deputy Chair, Keith Ellison, have been incredibly vocal about. But given the amount of money spent in these special elections and the national attention on the race, it would be unwise to read too much into their results.

Republicans have been able to take hold of Congress partially because of heavy gerrymandering, they trail Democrats nationwide by around 5-6 points and yet hold the House and the Senate. There are currently lawsuits going on across the country to challenge the way in which congressional boundaries have been drawn, including in Pennsylvannia where there are five registered Democrats for every four registered Republicans, yet Republicans hold 13 of the 18 congressional districts.

Republicans have also consolidated the white working class vote, taking advantage of the hatred towards liberal/coastal elites and the identity politics so closely intertwined with many in the Democratic Party. During the 2016 Presidential election, Hillary Clinton failed to provide a substantial economic counter-narrative to Trump’s anti-free trade rhetoric that appealed to states and rural areas where manufacturing has been devastated over the past few decades.

Bernie Sanders has been heavily critical of the Democratic Party for this very reason,

“For the last nine years, Democrats have lost the White House, we’ve lost now the Senate, we’ve lost the US House, two-thirds of governors’ chairs are controlled by Republicans, a thousand seats have been lost to Republicans in state legislatures all over this country.”

“I’ll tell you what I think is going on, I think there is a massive amount of demoralisation on the part of the American people with the Democratic party, with the Republican party. I think what the Democrats have got to say is that we will be on the side of the working class of this country,”

The elitist, identity politics focused image is one that has poisoned the Democratic Party and driven it from it’s working class roots. Sanders is now the most popular politician in America with 57% approval ratings and this continued popularity post-election is no surprise, he has forged a coherent economic and social message that resonates with the majority of people in the country. Up to now the Democrats have lacked this sort of message, but the “Better Deal” could be a turning point for them.

After months of writing, planning, and consulting, they are almost ready to unveil their economic platform, which is set to include proposals for direct infrastructure investment, $15 minimum wage reform (which Pelosi has vowed to pass within 100 hours if Democrats take back the House next year), and new trade proposals. Schumer believes that this is the key that Democrats need to start fighting back against the Republicans, telling ABC last month:

“Democrats will try to pass it legislatively for a year and campaign on it in 2018, it’s what we were missing in 2016 and in the past.”

He could be right, polling done by NBC News/Wall Street Journal revealed that 57% of people want government to do more to meet people’s needs, compared with 39 percent who said government does too much. There has been criticism of the “Better Deal”, with some suggesting that it is merely a slogan and one that won’t help them without serious proposals to back it up. Some House Democrats have been reluctant to get on board as of yet, although that is likely because there has been very little polling done on the idea and no opportunity to see how it resonates with voters in their home districts yet.

The Democrats have come under significant pressure, especially since the 2016 election, to abandon the identity politics messaging and move away from left wing and liberal ideas. These issues have driven the white working classes towards the Republican’s as they cry foul at “PC” culture, but they are no incompatible with a grass-roots economic message. This “Better Deal” gives the Democrats a new platform with which to counter Trump’s economic message. Whether this will push the party further apart or bring them together remains to be seen, but it is a step in the right direction for the Democratic Party.