The Economic and Social Benefits of Taxing Marijuana 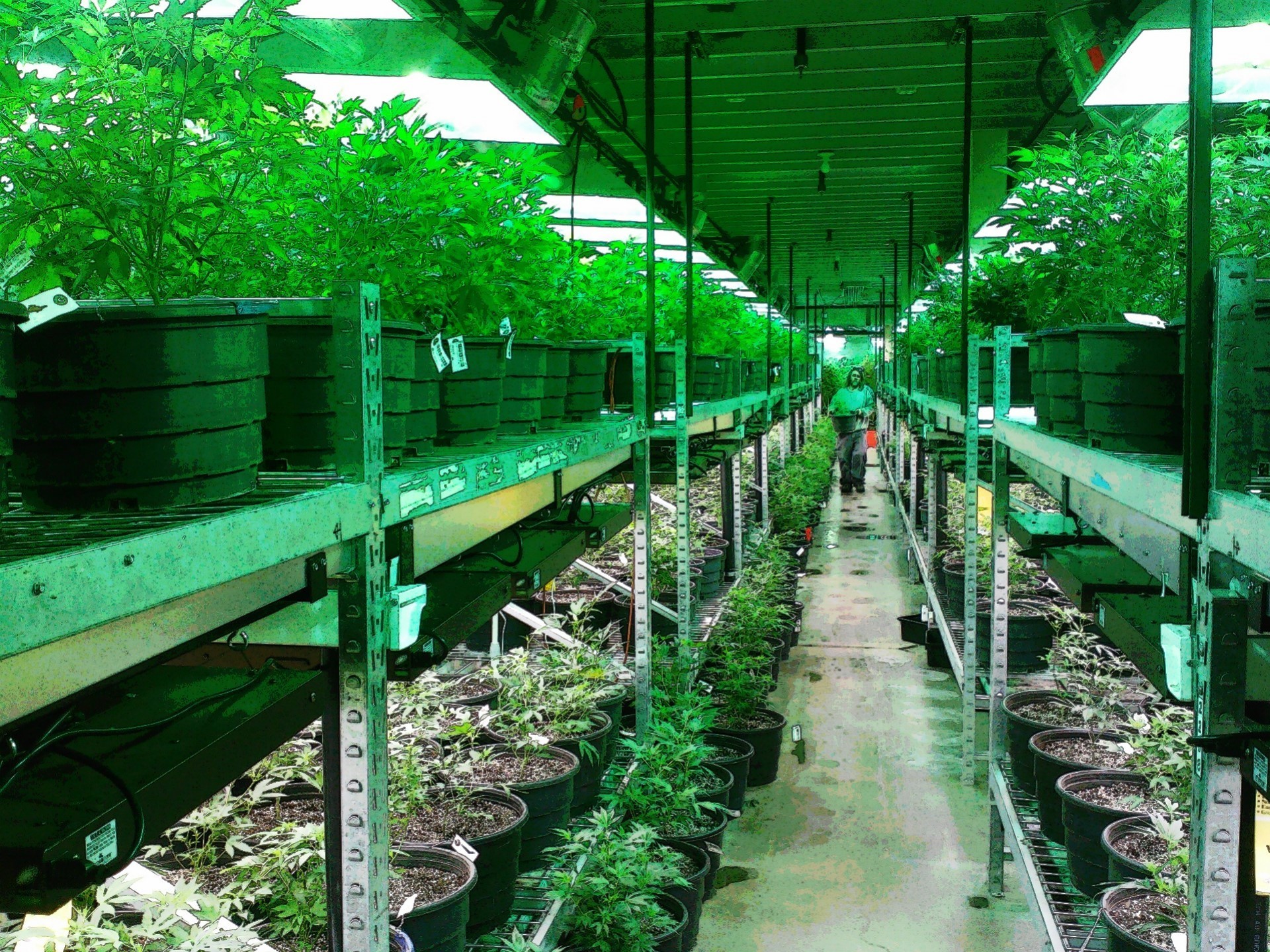 With Prince William questioning UK drug policy and the Liberal Democrats reaffirming their commitment to making marijuana legal for sale in the UK, despite the appointment of Vince Cable as leader, we wanted to take a look at some of the key arguments for legalising and taxing marijuana in the UK. Irrespective of your feelings on marijuana, there are several cases to be made for both the economic and public health reasons for legalising and taxing the mindlessly controversial plant. So despite the Conservative Party having no desire to push forward with some progressive or modern policy on drugs, we wanted to lay out some of these arguments to get a better view on just how Britain could benefit were we to legalise and tax weed.

The Economic Benefits of Taxing Marijuana

Regardless of your standpoint on the legalization of marijuana, the economic benefits are undeniable. There is no way to argue with the cold hard facts of the economic boom that states such as Colorado and Washington have experienced since the legalization and taxation of recreational marijuana. But just how much money have these states been able bring in through taxable marijuana? And how much could the United Kingdom, Canada, or other countries around the world be expected to benefit from legalization?

As of September 2015, weed in Colorado was generating almost double the amount of tax revenue when compared to alcohol ($70 million to $42 million). Similarly, in Washington, the first year of legalization racked up an incredible $82 million in tax revenue. Though there are some outlandish estimates that legalization in Canada could lead to an economic ripple effect of tens of billions of dollars per year, these figures are purely speculative.

Currently, the cultivation and sale of recreational marijuana in Canada is estimated (conservatively) to generate around $8 billion per year. If the market was to be taxed similarly to Colorado (roughly 25%), that would equate to $2 billion dollars in untapped tax revenue in a country with a population just over half the size of the UK. Imagine what could be done with that money in Britain and Northern Ireland.

For example, Colorado has spent the money on a number of programs aimed at improving the standards of education and health in the state. These include school construction, marijuana education, anti-bullying campaigns, public school grants, youth mentoring, drug abuse and treatment, and grants to the Future Farmers of America. All of this has been paid for by the legalization of cannabis over a year in 1 state.

But this is still small scale thinking, the business of cannabis is so much more than simply the production and sale of marijuana. There are countless innovative directions that cannabis can take as a legitimate business, arguably even more than alcohol. For example, MJ Freeway is an innovative software solution for the marijuana business, with its “seed-to-sale” tracking software aids cannabis companies with point of sale, inventory tracking, manufacturing, and cultivation management; it was named on the INC’s 5000 fastest growing companies list in 2015.

Then you have companies like Leafly, the internet’s largest cannabis information resource, with over 5 million site visits and growing. They have an incredible database of information on strains and their effects on you, 100s of stories and articles about cannabis worldwide and a web app to find your nearest dispensary. Snoop Dog’s even founded his own “weed-for-uber” delivery and sales service, Eaze, which aims to have your weed delivered to your door in minutes! Or if you are a sucker for edibles, Bhang Medicinal Chocolate, produce a wide range of cannabis infused chocolate and candy. They managed to raise a staggering $37 million in 2014 and currently operate in Colorado and Washington. It feels like the possibilities for innovation in this market are simply endless.

The cannabis economy has been predicted to be valued at $100 billion dollars by Alan Gertner, CEO of Tokyo Smoke, and even if that claim is on the generous side, it would be foolish to underestimate the positive impact it could have on the global economy. With Canada set to legalise weed in 2018 they could become a world leader in a new and emerging legalised market, and help to pave the way for the rest of the world to follow suit.

Legalization of Marijuana and Underage Use

One of the biggest concerns of many anti-marijuana campaigners through the years has been the effects of legalization on the rates of underage use; they worry that legalization equates to telling kids it’s alright to smoke it. Their concerns essentially revolve around the effect that marijuana can have on the developing brain.

Their fears are not wholly unsubstantiated with a number of studies raising concerns. One study, conducted by Duke University, analysed data collected from people living in New Zealand; comparing IQs in childhood through age 38 among marijuana users and nonusers. Author of the study Madeline Meier stated that “we found that people who began using marijuana in their teenage years and then continued to use marijuana for many years lost about eight IQ points from childhood to adulthood….whereas those who never used marijuana did not lose any IQ points.” Another study, conducted recently, showed that teenagers who consume cannabis on a daily basis are more than 60% likely to not complete high school vs. those who don’t consume. They are also 60% less likely to graduate college and seven times more likely to attempt suicide at some point.

In his campaign to legalise weed in Canada, Justin Trudeau has regularly admitted that underage use is a problem, but has maintained that legalization would be the most intelligent and effective way to combat teenage consumption of cannabis. He has made it the cornerstone of his argument for legalization. In June 2016, he made a speech at an economic conference outlining his line of reasoning,

“Look, our approach on legalizing marijuana is not about creating a boutique industry or bringing in tax revenue, it’s based on two very simple principles:

The first one is, young people have easier access to cannabis now, in Canada, than they do in just about any other countries in the world. [Of] 29 different countries studied by the U.N., Canada was number one in terms of underage access to marijuana. And whatever you might think or studies seen about cannabis being less harmful than alcohol or even cigarettes, the fact is it is bad for the developing brain and we need to make sure that it’s harder for underage Canadians to access marijuana. And that will happen under a controlled and regulated regime…….

….I have no doubt that Canadians and entrepreneurs will be tremendously innovative in finding ways to create positive economic benefits from the legalization and control of marijuana, but our focus is on protecting kids and protecting our streets”

These claims have been supported by statistics coming out of Colorado over the last few years. Marijuana use by Colorado teenagers has been dropping consistently for the past 20 years, whilst current underage use in Colorado is lower than the national average by around 3%, depending on the time-scale you assess. Recent studies have shown that this trend has continued to the present day, with no signs of the decline in underage use having been affected by legalization.

There are a number of possible reasons for this trend. The amount of money that Colorado has poured into awareness and education programs has, in my mind, been the biggest factor. The Colorado Department of Public Health and Environment (CDPHE) ran a campaign called “Good to Know”, to get parents, educators, coaches, and mentors to use the proper tools, tips, and information to discuss why not use marijuana, whilst underage, to the state’s youth. Governor John Hickenlooper championed the educational campaign, which featured adverts on television, radio, social media, and even at Denver Broncos games. The CDPHE also launched a website designed to help parents talk openly to their kids about using marijuana at a young age. The sensible and adult nature of the education has no doubt been the reason for its success.

Legalization measures have also had no effect on how easy teenagers think it is to get weed. Since 1975, over 80% of high schoolers have said that cannabis is easy to obtain, and that figure has only begun to drop in recent years. The removal of black market cannabis altogether will only make it more difficult for teenagers to get their hands on cannabis. The more we educate teenagers and have adult, sensible conversations about marijuana, the less likely we are to see high rates of underage use.

These are just two of the main reasons for moving towards a legalised and taxed cannabis market in the UK. We need to respect adults rights to choose what they do with their bodies and move to a more sensible and modern approach to drug policy.