What Is Net Neutrality And Why Is It Important? 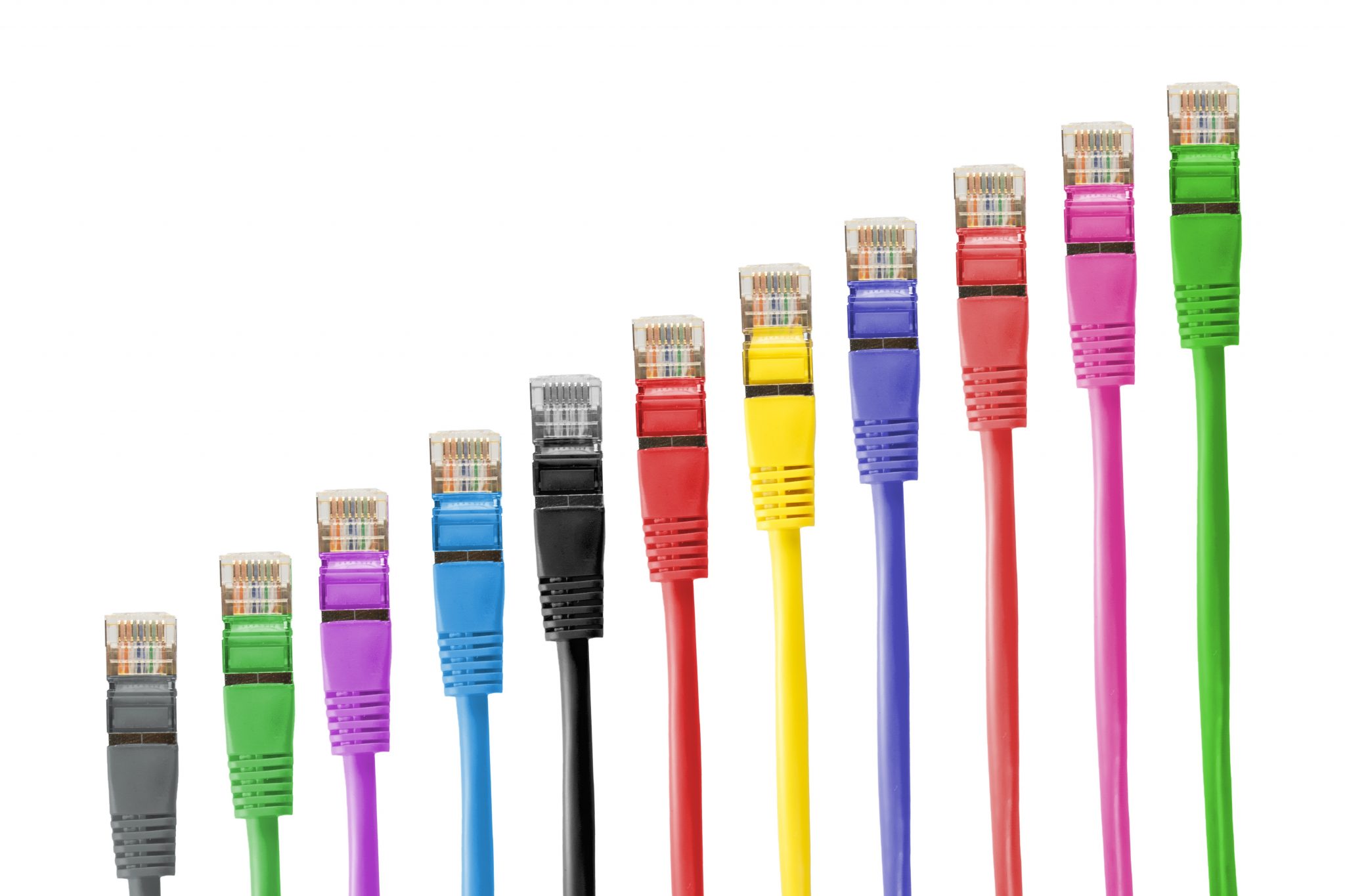 Net neutrality is a concept that has been central to the growth of the internet. It guarantees that all traffic will be treated equally, regardless of where it is coming from and the fact that all traffic has (in most countries across the world) been treated equally is one of the greatest strengths of the internet: it is a level playing field, the ultimate free market. Without net neutrality, ISPs could charge you more to view certain websites, or slow down and restrict bandwidth to sites that they didn’t approve of or even those that were owned by business competitors. Removing these restrictions wouldn’t improve services by unleashing the free market, they are the reason that the internet remains arguably the greatest meritocracy because they help keep the playing field level. 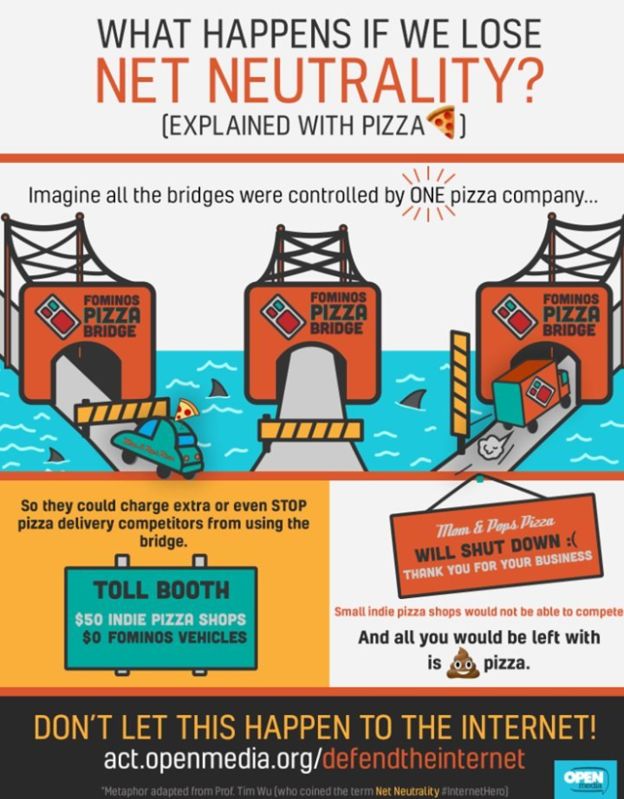 However, net neutrality is under threat in both the UK and US at the moment. In America, large ISP providers like AT&T, Verizon, and Comcast want to classify different types of traffic and treat them differently so they can charge you different rates depending on the websites you want to visit, and potentially even restrict content that they disagree with. Net neutrality is currently protected in the US by the FCC, although the Trump administration has made no secret of their desire to peel back net neutrality regulations put in place by the Obama administration.

Currently, ISP’s are classified as telecommunications services and “common carriers” under Title II of the Communications Act and the 2015 Open Internet Order. This means that they must give all traffic the same level of priority and bandwidth, regardless of it’s source, and they are forbidden from site and app blocking, speed throttling, and paid fast lanes. At most, internet providers are allowed to slow down connection speeds for the purpose of “reasonable network management”, not for business or commercial purposes.

On the campaign trail, Trump described net neutrality as “Obamacare for the internet” and whilst that may seem an odd comparison, the implications are clear; they want to remove all government regulation of the internet. Since coming into office, Trump has appointed Ajit Pai as chairman of the FCC, who has made it clear that he wants to remove the regulations designed to keep broadband providers in check, protect consumers and encourage companies to innovate. Most notably he wants to reverse the Title II classification of internet service providers (ISPs) as a “common carrier” that was introduced in 2015. However, so far, these plans have been met with huge backlash and protest across the online community who rely upon net neutrality to compete as small businesses.

In the UK, the Conservative government has repeatedly suggested that they want to be able to censor and regulate parts of or the entire internet. Their 2017 election manifesto boldly stated that,

“Some people say that it is not for government to regulate when it comes to technology and the internet. We disagree.”

So the fear that net neutrality may be under threat in both the UK and US is very real.

There are several fundamental fears that drive people to advocate for net neutrality. Firstly, they worry that without it, ISPs (Internet Service Providers) could provide a “fast lane” to “favoured” (and what many suspect will be sponsored) content. They also fear that it could restrict market accessibility, by preventing small businesses from getting a step on the ladder, and thus lead to ever more entrenched monopolies. Finally, they worry that some ISPs would strategically slow the speed of websites who couldn’t afford to pay (or who don’t want to), holding young businesses to ransom as a result of their poor service.

There are a number of independent sites and organisations, such as theopeninter.net, that promote and advocate for net neutrality and seek to spread the word about its importance to society. They argue that free and open internet is important because,

Theopeninter.net was created by entrepreneur Michael Ciarlo and his story is the perfect example of the why net neutrality is so important; without net neutrality, many people may not have been able to find his site, and his message would be lost. A level playing field of access and bandwidth is key to ensuring the internet continues to promote innovation and collaboration across the world.

“The open internet has fostered unprecedented creativity, innovation and access to knowledge and to other kinds of social, economic, cultural, and political opportunities across the globe”

There is no reason to suggest that ISPs shouldn’t be able to manage their networks. However, a line needs to be drawn to prevent the service providers from becoming the gatekeepers of internet content, attempting to limit access to certain parts of the internet, or even trying to police or censor our online experience.

As you can see from this map here, very few countries have put actual legislation in place to enshrine net neutrality. However, access around the world at the minute in most countries is essentially unrestricted and completely neutral, as you can see from this map which was assembled using internet speed data as opposed to looking at legal precedent or legislation. However, there have been some efforts to legally secure this trend and ensure the survival of net neutrality.

Brazil has been arguably the most successful at attempting to codify net neutrality with the passing of what was dubbed, Brazil’s “Internet Constitution”. The law was adopted in April 2014, and prevents ISPs from charging higher rates for access to content that requires more bandwidth, such as Netflix; as well as limiting the gathering of metadata, and holds corporations, like Facebook and Google, accountable for the security of Brazilians’ data, even when it is stored abroad.

Net neutrality seems like a simple issue of corporations and big business fighting for government to open up more avenues for profit. However, despite the calls from the majority of the tech community to uphold net neutrality, there are those who oppose the idea, and not just those who represent telecoms giants or lobby groups.

In an article for Forbes, Josh Steimle questioned why he seemed to be the only techie against the idea of net neutrality. He disputed that there are more than just 2 sides to the argument; that you are either for or against corporations having “control” of what you can see on the internet. He isn’t against net neutrality as a concept, rather his concerns lie with net neutrality in terms of legislation or public policy. He outlined 3 reasons for his concerns that frame the best arguments opposing net neutrality:

The reason that telecoms have so much power is not in spite of government regulation; it is because of government regulation. If net neutrality is passed in legislation it may become more difficult for new companies to offer internet services, and we could end up more beholden to ISPs than before. However, if telecoms have to compete in a truly free market. For example, in the US, Comcast and Time Warner would be replaced by better cheaper options unless they remain competitive. If you want to break up monopolies you have to eliminate regulations, not enhance them. The problem here is that there needs to be some change in legislation to allow the market to become more open, otherwise ISPs won’t be challenged in their monopolies.

Free Speech cannot exist without privacy; so should we trust the government to be the gatekeepers of our privacy? Under net neutrality legislation the government would either have to trust the ISPs to regulate themselves, or the government would have to become the regulatory body. There is fear in the tech community that government monitoring could go further than simply monitoring, given the revelations in Glen Greenwald’s book No Place to Hide  that the U.S. government has been tampering with Internet routers in collaboration with the NSA.

What this argument fails to consider is that without some form of regulation and oversight, there is always likely to be abuses of power – that is unfortunately the nature of the world we live in. The difference is, when government provides that oversight, that we can hold them to account, question them, and even vote them out of power. Corporations and large ISPs don’t answer to the public in the way government does.

Any form of legislation or regulation is a limit to freedom and the free market. In an ideal world, governments always act with the best interests of their people at the heart of what they do. However, this is rarely the case, politics is a dirty business and corporate interests and lobby groups often have more influence than many of us realise. The worry is that any form of legislation will be influenced by these large groups to benefit them, in ways that may seem to be for the good of the people. Regulation, in any form, should be viewed as a restriction on freedoms in the long run.

However, this seems like a cynical view of government (though it is perhaps not too far from the truth) and, much like the previous argument, it fails to consider that government can be held to account.

Whilst there are a few dissenting arguments against net neutrality, the general consensus seems to be that, if done correctly, it is the most effective way to secure free speech and ensure that the internet remains a level playing field for anyone who wants to promote a product, service, or content.