Northern Ireland Could Remain, So Why Is This Being Ignored? 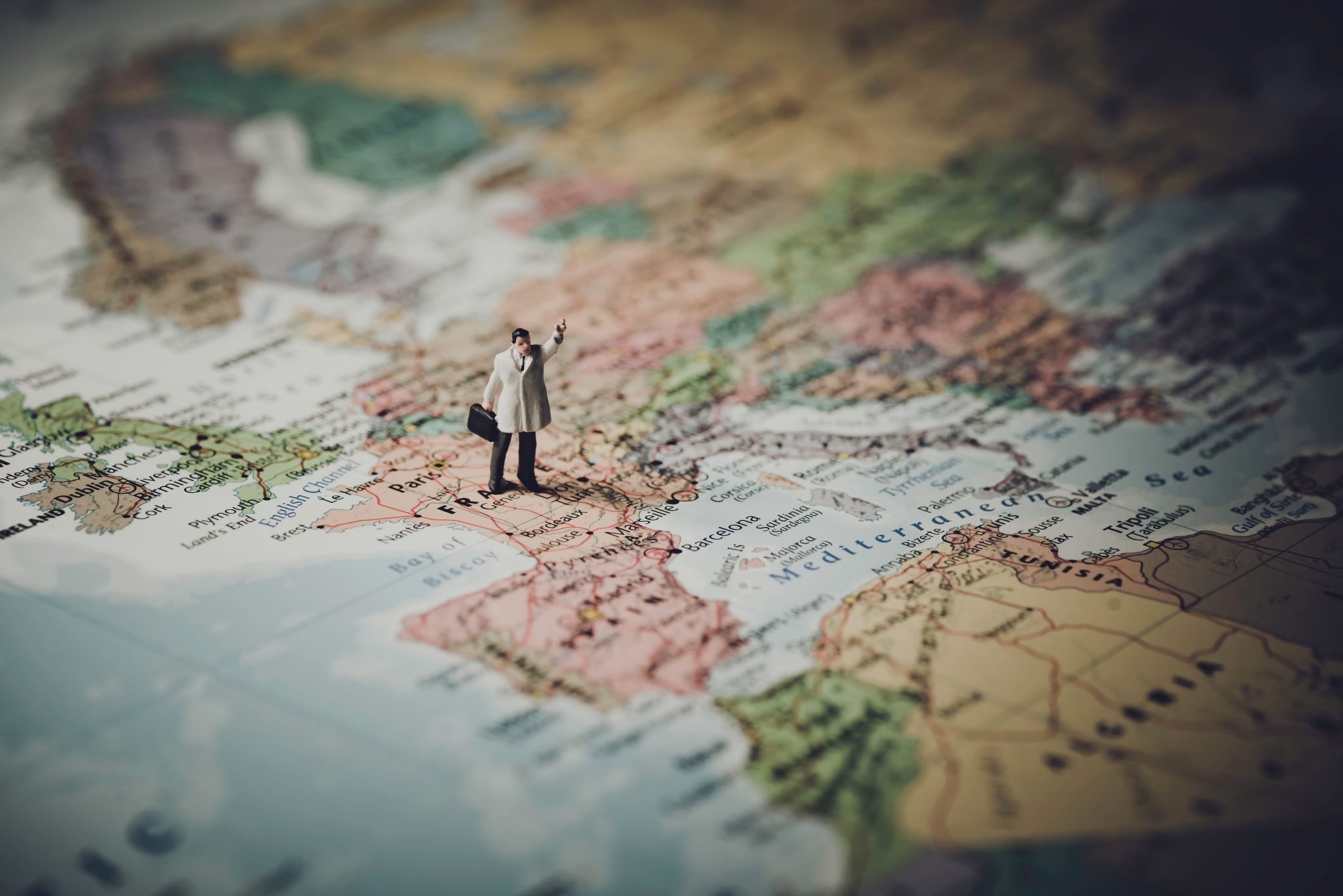 When the pro-Brexit government’s own economic impact assessments suggest that in every single scenario post-Brexit will leave the UK worse off, how is that we still plough blindly forwards? When one of the central reasons for the vote was immigration control, why did we refuse to consider immigration reform? Within the EU we could have halved our immigration by simply cutting off non-EU immigration, and forced any non-UK citizens to prove they have funds or a job to stay here longer than 3 months. Yet, none of these issues are being addressed and we continue to plough forward with the Brexit mission, unwilling to confront the inherent contradiction of a global Britain and an anti-immigration sentiment.

You could be inclined to believe that once the reality of the situation has hit, that we will be worse off under every single conceivable scenario that the pro-Brexit government has done impact assessments for, that people will begin to change their minds.

Northern Ireland has already seen this sort of shift occurring; Northern Ireland has voted to remain in the EU Referendum by a majority of 56% to 44%, yet a study released at the end of May 2018 by the UK in a Changing Europe group, found that more than two-thirds (69%) would favour Remain if there was another vote.

This can be attributed to the fears and realities surrounding the Irish Border question – one which seems to threaten to derail both the Brexit negotiations and the Conservative government at almost every turn.

Perhaps this is because those in Northern Ireland are more familiar with the border issue, they are aware of the significant amount of cross-border travel and trade that is facilitated by an open border and of the consequences (both socially and economically) of the re-emergence of a hard border.

Border posts, however light-touch and frictionless, are almost guaranteed to become targets for dissidents resentful of the new border. A Labour sensible pointed out in a House of Commons debate on the issue that cameras, once targeted by terrorists, protestors, or paramilitaries, can become guarded cameras or patrolled areas, which will eventually become fixed border checkpoints.

Border communities would be devastated by the newly imposed border and Northern Ireland could be thrown into turmoil by the economic consequences and the potentially violent political fallout. It is impossible to predict accurately how dissidents on both sides of the sectarian divide would react to a new border – but given the significance of the fragile peace that has grown out of the Good Friday Agreement (and subsequently the Saint Andrews Agreement) Northern Irish dwelling folks are more than aware of the potential for Brexit to derail that peace. Especially at a time when the constitutional question of a United Ireland is at the forefront of many minds and the tension between the largest Unionist and Nationalist parties is so highly strung that they have been unable to agree terms on which to form a government.

More than a quarter (28%) of Catholics would vote for a united Ireland if the UK remained in the EU, while 53% would back a united Ireland if there was a hard exit in which the UK left the customs union and single market. The research also found that there were strong expectations that protests against checks at the Irish border or between Northern Ireland and the rest of the UK would quickly become violent.

Even when the possibility of a second vote is taken off the table, 61% of the population still favour the UK as a whole remaining in the customs union and single market – a position being pushed by both Sinn Fein and Alliance. They have repeatedly called for a cross-community forum or consultation to be put in place to advise on Northern Ireland’s part in exiting the EU and have published documents focused on securing a “special status” for Northern Ireland within the EU. They want Northern Ireland to remain a stepping stone to Europe with regulatory alignment with the Republic of Ireland facilitated by remaining in both the Customs Union and the Single Market.

This option has been approved by Europe and the Irish government, and is backed by the majority of people within Northern Ireland as an acceptable channel through which to secure a hard Brexit for the rest of the UK without irrevocably damaging the fragile Northern Irish peace or its economy. We have to note though, that even an Irish Sea based border would cause upset within the North with 29% of Catholics and 28% of Protestants stating that they would find East-West customs checks ‘almost impossible to accept.’

So why has this option not been considered seriously by those at the top negotiating table? Why do Theresa May, Jacob Rees-Mogg, Boris Johnson, and David Davis continue to talk about maximum facilitation, frictionless borders, and technological solutions without any consideration that Northern Ireland could remain in the Customs Union and/or Single Market? This is where the waters become a little murkier.

The DUP and their 10 MPs in Westminster currently hold an extremely disproportionate amount of power. Having been bought by a cool £100 million funding for Northern Ireland, they pledged their support for a flailing Conservative government scratching around Parliament for the votes to give them a majority. The DUP would like to maintain the common travel area with Europe, whilst exiting from the European Union and avoiding a hard border in Ireland or in the Irish Sea. Leader Arlene Foster has been accused of being the real power-broker in Westminster, as without her support the Conservative government would be forced to govern on an issue by issue basis without a majority.

The DUP have pushed relentlessly for a hard-Brexit (with no border) since their announcement that stated they would support the Leave campaign. They have always been Euroskeptic, but their pursuit of a hard-Brexit, absent of widespread public support seems odd in a way. Their devotion to ensuring Northern Ireland remains on par with the rest of the UK is somewhat contradictory to their desire for divergence on issues like abortion, gay marriage, and transparency of political donations. So is this more than simple political ambiguity and opportunism? Could it be that there are other reasons for their blind devotion to a hard Brexit?

The source of the donations wasn’t originally clear due to Northern Irish laws that mean political donors are more protected, but the group has since been named as the Constitutional Research Council (CRC). It is run by the CRC’s chair and former Scottish Conservative parliamentary candidate, Richard Cook, and has been declared by OpenDemocracy as a potential front organisation to fuel money anonymously as it has no formal or legal status and refuses to name its members. The DUP strangely chose not to ask where the money was coming from and just got on with spending it.

Steve Baker, now a junior minister in the Department for Exiting the European Union (DExEU), received £6,500 from the CRC when he was chairman of the European Research Group (ERG) a pro-Brexit caucus. The money was effectively laundered through the Northern Ireland for an anonymous donor by taking advantage of transparency laws that date back to the Troubles. Laundered by a group who has also donated to those inside the Brexit department and parts of the European Research Group – the hard-Brexit caucus led by Jacob Rees-Mogg.

Is it possible that the wealthy groups who stand to benefit from a deregulated, low-wage, ‘tax haven Britain’ could be pushing for a hard-Brexit via their political donations? The DUP refusal to allow NI to differ from the rest of the UK on its relationship with the EU is not compatible with exiting the Customs Union and Single Market and avoiding some form of border in Ireland. So why do the DUP continue to push for this option, despite the potential harm it could do to the Northern Irish economy and its society? Are they being pushed by wealthy donors eager to see their money put to good use? Or are they simply ignoring all warning signs and logic in order to pursue a fantastical, unachievable Brexit off their own backs?