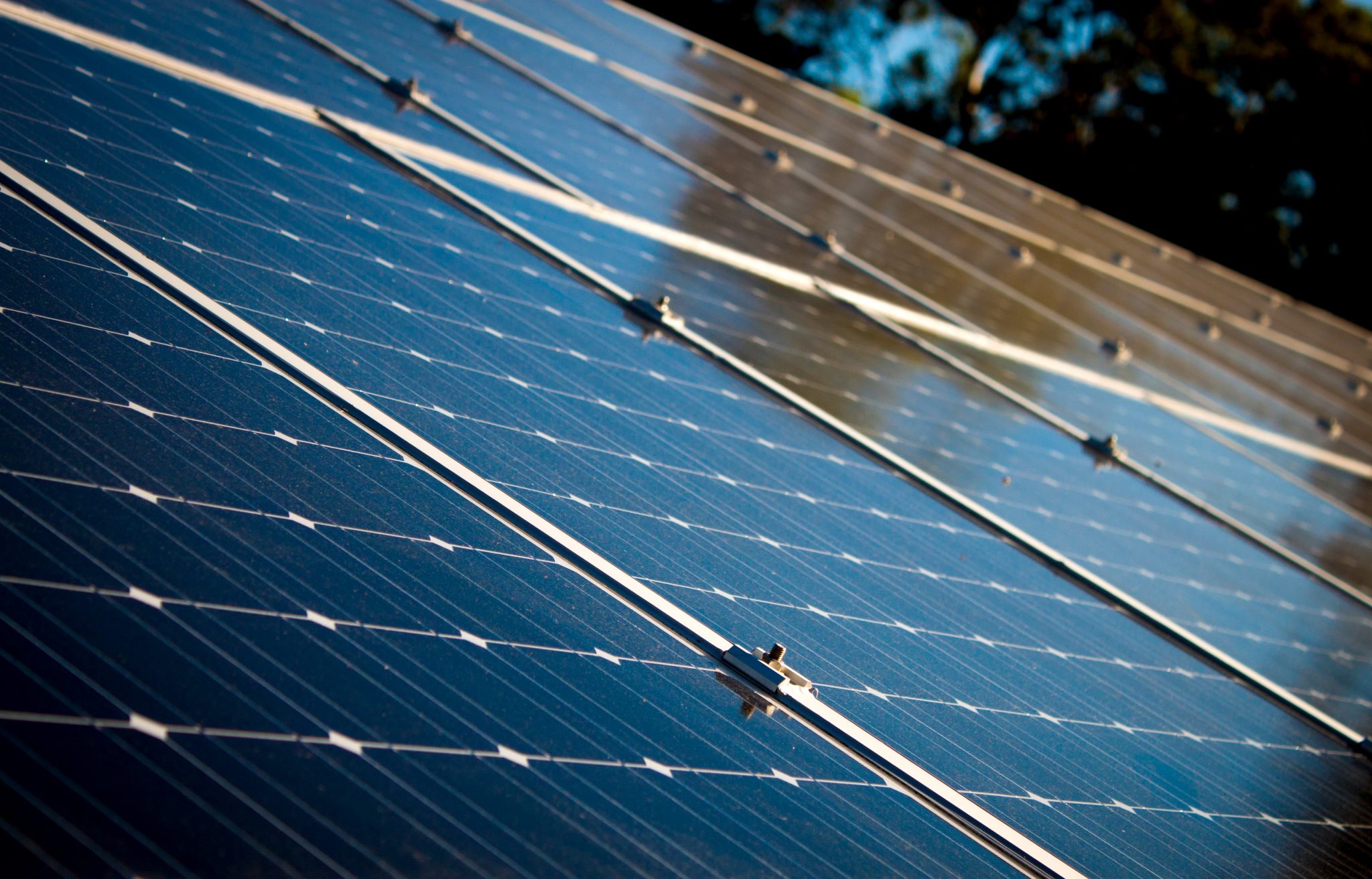 The UK Government finalised a deal last week to sell off the Green Investment Bank (GIB) to a consortium led by Australian bank, Macquarie – often called the millionaire factory because of their generous bonus and commission system. Macquarie have been involved in countless scandals regarding work practices, conflicts of interest, and purported Telecom scams in their home country and across the world. They also have a severely tarnished reputation in America for buying public services, cutting corners, hiking prices, and saddling companies with debt.

The deal itself was agreed in April of this year for £2.3 billion, with the Government retaining a “special share” in the GIB to protect it’s “green purposes”, which is to be managed by a newly formed Green Purposes Company Ltd (GPC). The consortium that purchased the GIB consists of the Macquarie European Infrastructure Fund 5 (MEIF5) and the Universities Superannuation Scheme (USS), which is the UK’s largest private pension scheme, which holds around £50 billion in assets. USS assumed £600 million in liabilities to help fund the investment, stacking more on the already £17.8 billion deficit that it is currently running.

Plans to sell the GIB were first outlined in June 2015 after the government hired the Bank of America Merrill Lynch to advise on the sale. This is part of a long-term Conservative plan to sell off assets in an apparent attempt to lower the national debt.

Nick Mabey, chief executive of E3G (the think-tank who developed the concept for the GIB), described the move as “completely reckless” and threatened that it to “destroy investor confidence, which in turn will damage both energy security and the UK economy”.

The bank posted a pre-tax profit of £100,000 for the financial year 2014/2015, including a £3 million in the second half of the year. Following a period of investment, development, and construction during which the fund lost £5.7 million in the financial year 2013/2014, the GIB was beginning to profit from the investments that it had made. The GIB chief executive, Shaun Kingsbury, even predicted that the 2014/15 returns suggested that the bank’s shrewd investments “should deliver a return for the taxpayer of eight per cent a year”.

“As this milestone shows, the Green Investment Bank is going from strength to strength and is having a major impact supporting renewable energy projects across the whole of the UK.”

However, Javid went on to discuss the possibility and benefits of privatisation of the fund to improve its profitability, saying,

“Crucially, it has demonstrated that investing in green technology and our future energy security can be a profitable business and I am sure the coming years will see a significant scaling-up of its operations as it moves into private ownership and mobilises private sector capital.”

Proponents of the move argue that privatising the fund would give it full access to a range of financing options. Earlier in 2015, Javid commented that,

“The bank will still be green, still be profitable, still be a market-leader in financing environmentally sound infrastructure. But free from limitations on where it can borrow money and EU regulations on state aid, the bank will be able to access a much greater volume of capital.”

The previous government said the GIB would be allowed to borrow after April 2015, but only if public sector net debt was falling as a percentage of GDP – something that had not occurred when this deal had been proposed; they were refusing to wait for targets they set themselves. By bringing in majority private investors the bank will be allowed by the government to borrow from the debt markets before the public sector debt begins to fall as a percentage of GDP.

The argument for third party investment is weak, as for every £1 invested by the bank, £3 of third-party investment has been stimulated. There isn’t a lack of private investment plaguing the results of the GIB. So after investing a considerable amount of public money into a project that is only beginning to evolve into a profitable use of public funds, the majority share is being sold off to a consortium of foreign investors.

Macquarie have been plagued with scandals and allegations across numerous different divisions of their operations over the past decade.

The Macquarie Group are frequently referred to as “The Millionaires Factory” because of the massive pay cheques and bonuses paid out to their executives. Chief executive Nicholas Moore and his management team took out three of the top five places on 2014’s list of highest paid executives in Australia, despite the series of scandals that embroiled the firm at the time. Australian Shareholders’ Association chairman Ian Curry commented that “No one seems to have lost their position, or seem to have lost their entitlements.“

In 2010, the group was accused of a practice known as “telephony bundling”, which puts telecommunications services together with electronic goods or other equipment. Customers would sign up with a telecommunications firm on the understanding they would receive televisions, laptops, phones or other electronic goods for free, but then would be hit with bills for tens of thousands of dollars under multi-year rental contracts for the equipment from a separate finance company.

In August 2014, 160,000 Macquarie Bank clients were invited to seek compensation after clients suffered heavy losses from poor advice dating back to 2004 – when the bank first obtained a financial services licence. The Australian Securities and Investments Commission (ASIC) uncovered misconduct and flawed financial advice given by its planners to clients.   They faced accusations that they handed out answers to compulsory professional development exams so Macquarie advisers could cheat and that they were deliberately labelling people as sophisticated wholesale investors so their money could be invested in risky products without the protection given to retail investors.

In June 2017, it was reported that Macquarie Group were facing a major class action over allegations that some of its investment advisers artificially inflated the price of a small mining company before a sudden collapse wiped out many of its investors. The bank’s brokers were accused of deliberately ramping up prices by brokering a deal to buy a Brazilian iron-ore mine project with a potential value of $34 billion that turned out to be a worthless patch of jungle.

A former divisional director at Macquarie, who has since left the bank, also pushed the stock aggressively among his network of wealthy investors. It was described as the classic “pump and dump”, where stock is purchased at a low price before releasing positive, and often misleading company announcements, which are often promulgated on social media, on online forums, or by word-of-mouth.

During a trip to deal with part of the acquisition of the Brazilian Mining company mentioned above, two Macquarie executives “repeatedly drugged a colleague with valium and laxatives”. They proceeded to send photos of the unconscious man to Macquarie staff in Australia in an attempt to ruin his reputation at the firm – those responsible were not reprimanded at the time, despite executive knowledge of their misconduct.

SMH (Sydney Morning Herald) revealed earlier this year that the Macquarie Group were being investigated by Australian Securities and Investments Commission (ASIC) over misconduct by traders working on its foreign exchange desk between January 2008 and June 2013. According to ASIC, traders disclosed confidential details of client orders to third parties and revealed material information about Macquarie’s trading activity in relation to large Australian-dollar trades. Traders were also discovered to be “deliberately ‘triggering’ prices in order to meet client orders” and attempting to manipulating the market.

The review of the financial planning arm of Macquarie, that was forced by ASIC to hire an “independent expert to oversee a clean-up of the trouble-plagued financial advice business”, was accused of running a “sham” investigation. TheAustralian.co.au reported that,

“A review of Macquarie Group’s financial planning arm commissioned by the banking major and carried out by big four accounting firm EY was a “sham”, according to a senior investigator at the corporate watchdog.”

It was widely believed that ASIC investigators were not satisfied with the result, of the review and felt that it was too favourable to Macquarie given the poor raw data.

Following the massive scandal surrounding the mismanagement of money and client details mentioned above, Macquarie were accused of running a “farcical“ compensation program, in which a minute proportion of customers were compensated. The firm was accused of “using its widespread failure to document advice to clients, to now deny people compensation, arguing that its brokers and financial planners gave no personal advice“.

One case involved a man who attempted to exercise a clause in his contract that would allow him to exit with one month’s notice, but was reportedly told that he could not because they had advised that he invest in private capital and private equity investments that were now “locked in“. This customer even accused them of getting simple calculations and investment principles wrong, telling ABC that, “they were making arithmetic mistakes, they were making mistakes of principle with things like superannuation.”

In November 2016, the Macquarie Group admitted trying to act as a cartel to influence the benchmark rate for the Malaysian ringgit on eight separate occasions in 2011. They attempted to influence the Association of Banks in Singapore (ABS) MYR Fixing rate by discussing daily submissions to be made to the ABS via chat-rooms – such  submissions have a marked effect on the market and can be very influential. They agreed to settled with a fine of $6 million and alleged that the conduct involved a single, junior trader who was fired in 2012 and that no senior management or any other Macquarie employees were involved in or aware of the conduct.

As you can see, this is a company with a long history of scandal, corruption, and malpractice, with a track record of not acting in the public or customer interest. Given that Britain is falling behind the rest of Europe in terms of renewable energy investment or production, are these really the best people to be driving our investment in green energy?

For more information on Macquarie’s acquisitions and deals, you can visit SoureWatch.org