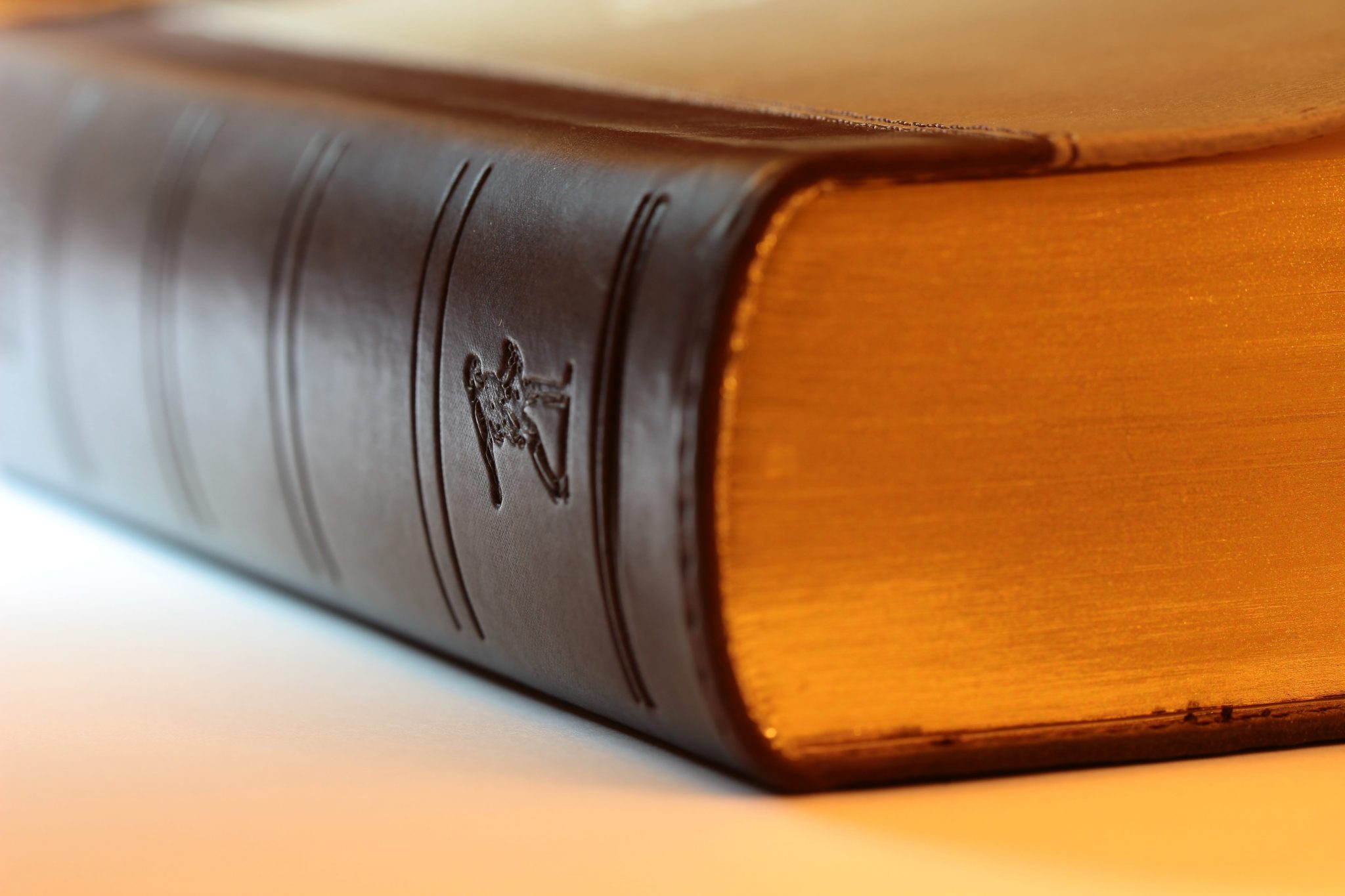 Over the past year, there has been a group of Bernie Sander’s supporters fighting a class action lawsuit against the Democratic National Committee (DNC), alleging that the DNC had committed fraud by taking donations in a “rigged” primary battle. Part of the lawsuit claimed that the DNC illegally favored Democratic presidential nominee Hillary Clinton over Sanders and were in violation of the DNC charter as a result.

The judge assumed that the allegations were true but dismissed the case on the grounds that the supporters who felt defrauded should redress their grievances through “the ballot box” – by voting out DNC leadership in internal elections. It was revealed by WikiLeaks emails from the DNC hack that under the guidance of the now scandal-ridden former chairperson of the DNC, Deborah Wasserman Schultz, the party leadership had shown high levels of favourability towards Hillary Clinton and that they quashed the campaign of Bernie Sanders to make sure she won the nomination.

Debbie Wasserman Schultz served as the co-chair of Clinton’s 2008 Presidential campaign, in which she ultimately came up short against Barack Obama. She was accused of not scheduling many debates between the candidates because of the damage that the debates did to Clinton in her campaign against Barack Obama; much like in 2016, she began as the party favourite and slowly lost ground to an insurgent candidate. During the 2008 nomination process, there were 26 debates, compared to only six debates in the 2016 nomination campaign. Schultz also enacted a rule that said candidates could not participate in unsanctioned debates and lifted a ban on donations from corporate lobbyists and PACs that allowed the DNC to run the Hillary Victory Fund, a fundraising committee organised in collaboration with the Clinton campaign, which Politico reported to be laundering money into the Clinton campaign.

Wasserman Schultz has also been embroiled in scandals involving disturbing calls to the Beck’s offices, one of which was traced to a number matching Debbie Wasserman Schultz’s office in Aventura and surrounding her involvement with Imran Awan, an IT staffer who worked for numerous House and Senate Democrats, who was arrested while attempting to flee the country for Pakistan. Awan has also been accused of removing hundreds of thousands of dollars of equipment from congressional offices, including computers and servers, while also running a procurement scheme in which they bought equipment, then overcharged the House administrative offices for it.

Aside from just Wasserman Schultz, the WikiLeaks emails revealed collaboration between Donna Brazile, former CNN contributor and temporary DNC chairperson following Wasserman Schultz’s resignation, and the Clinton campaign. On several occasions, she was found to have passed questions to the Clinton campaign in advance of scheduled debates and resigned after the first wave of the DNC leaks uncovered this evidence of collusion. Then in January 2016, whilst serving as DNC vice-chair, she forwarded an email to Clinton’s campaign spokesperson Adrienne Elrod discussing Sanders plan to win over African American voters.

The WikiLeaks emails also contained an email thread from December 2014 between Clinton Campaign Manager Robby Mook and Cheryl Mills entitled “DNC Update”, that discussed how Wasserman Schultz and DNC CEO, Amy Dacey, could be involved in the Clinton campaign. Dacey, along with Chief Financial Officer Brad Marshall, was forced to resign in August 2016, after another email thread from the WikiLeaks email dump contained Marshall speculating that Sander’s Jewish heritage could be used against him. He suggested that Sanders was an atheist and that it could be the difference in the Kentucky and West Virginia primaries. In one email he wrote, “My Southern Baptist peeps would draw a big difference between a Jew and an atheist,” to which Dacey responded: “AMEN”.

The class-action suit filed on behalf of DNC donors, Sanders donors, and registered Democrats across the board who wanted back the money they gave to the DNC  against both the DNC and its former chairwoman, Rep. Debbie Wasserman Schultz (D-Fla.). It purported that Wasserman Schultz had “rigged” the primaries and exhibited “intentional, willful, wanton, and malicious” conduct.

The lawyers who brought forward this class action lawsuit, Jared and Elizabeth Beck, argue that this bias towards Clinton was in violation of the DNC Charter that contains the DNC by-laws that govern how the party and the primaries should be run. Article 5, Section 4 of the DNC Charter (shown below) states,

“In the conduct and management of the affairs and procedures of the Democratic National Committee, particularly as they apply to the preparation and conduct of the Presidential nomination process, the Chairperson shall be responsible for ensuring that the national officers and staff of the Democratic National Committee, the Chairperson shall exercise impartiality and evenhandedness as between the Presidential candidates and campaigns.”

It goes on to declare that,

“The Chairperson shall be responsible for ensuring that the national officers and staff of the Democratic National Committee maintain impartiality and evenhandedness during the Democratic Party Presidential nominating process.”

No Right To A Fair Primary

The Young Turks Jordan Chariton reported on the trial (shown above) as it was going on, he interviewed Jared Beck on TYT Politics and discussed the arguments being made by both sides lawyers. The DNC representatives argued that there was no right to have a fair and open primary and that they could simply have chosen the candidates as a committee and given that candidate to the people,

“We could have—and we could have voluntarily decided that, ‘Look, we’re gonna go into back rooms like they used to and smoke cigars and pick the candidate that way.’ That’s not the way it was done. But they could have. And that would have also been their right… There’s no right to not have your candidate disadvantaged or have another candidate advantaged. There’s no contractual obligation here…it’s not a situation where a promise has been made that is an enforceable promise.”

They went on to suggest that there was no way to constitutionally redress the issue without wading into “political squabbles”.

It is important to remember here that this is the DNC lawyer, not the DNC themselves. Whilst this is a shocking line of argument to pursue, it is a lawyer trying to win his case, not a DNC spokesperson, so they will naturally adopt the strongest possible opposition to the lawsuit.

Ultimately the suit was dismissed by the court. In his dismissal, Judge William Zloch concluded that whilst they were assuming that the allegations were true, this court was not the correct place to make their grievances heard and that they should use their votes in DNC internal elections to deal with the situation,

“In evaluating Plaintiffs’ claims at this stage, the Court assumes their allegations are true——that the DNC and Wasserman Schultz held a palpable bias in favor Clinton and sought to propel her ahead of her Democratic opponents… To the extent Plaintiffs wish to air their general grievances with the DNC or its candidate selection process, their redress is through the ballot box, the DNC’s internal workings, or their right of free speech — not through the judiciary,”

As Glen Beck explains in the video above, the case was dismissed for “lack of subject matter jurisdiction” – the ability of the court to hear a case based on their jurisdiction. The judge found the allegations to be well plead – in other words, they weren’t dismissing the grounds of the case. However, Glen and Jared Beck are confident that they can immediately go to a higher court for appeal, so there could be more developments to come.

“For their part, the DNC and Wasserman Schultz have characterized the DNC charter’s promise of ‘impartiality and evenhandedness’ as a mere political promise—political rhetoric that is not enforceable in federal courts. The Court does not accept this trivialization of the DNC’s governing principles. While it may be true in the abstract that the DNC has the right to have its delegates ‘go into back rooms like they used to and smoke cigars and pick the candidate that way,’ the DNC, through its charter, has committed itself to a higher principle.”

Perhaps the most important part of the dismissal was the section on the trivialization of the DNC’s governing principles. For commentators like Jimmy Dore (see video above) the lawsuit has shone a light on the corruption within the Democratic Party. As he points out, following the initial comments by the DNC lawyer earlier in the case, the DNC had their worst May fundraising since 2003 and the worst of any month since January 2009, collecting only $3.8 million compared the Republican’s $10.2 million. During the first half of 2017, the RNC has far outdone the DNC, raising $75.4 million to the Democrats’ $38.2 million. 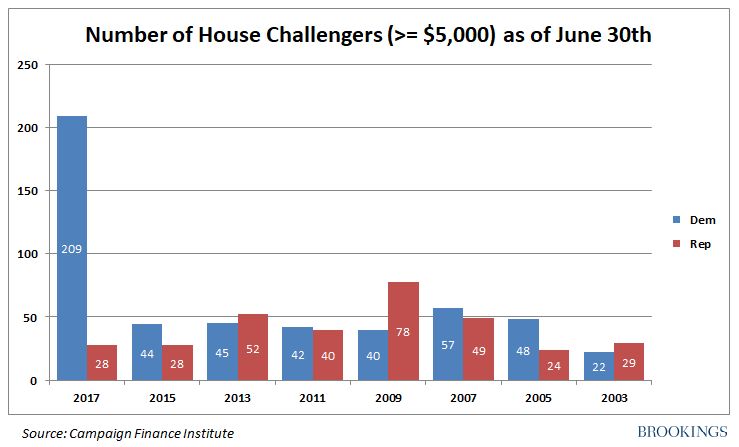 Yet, there are more grassroots Democratic candidates pushing for House seats than there has been in decades, so the base in animated, they just aren’t interested in contributing to the DNC. This coupled with calls for Sanders to lead a new ‘People’s Party’ ahead of the People’s Summit in Chicago, suggests that the DNC could be falling out of favour with progressives and grassroots Democrats. Intriguingly, at the end of last month, Republicans listed 14 requests for a special counsel to investigate “inappropriate collusion between the DNC and Clinton Campaign to undermine Senator Bernie Sanders’ presidential campaign.” So this may not be the last we hear of this case.