Syrian Airstrikes: How Trump’s Base Reacted 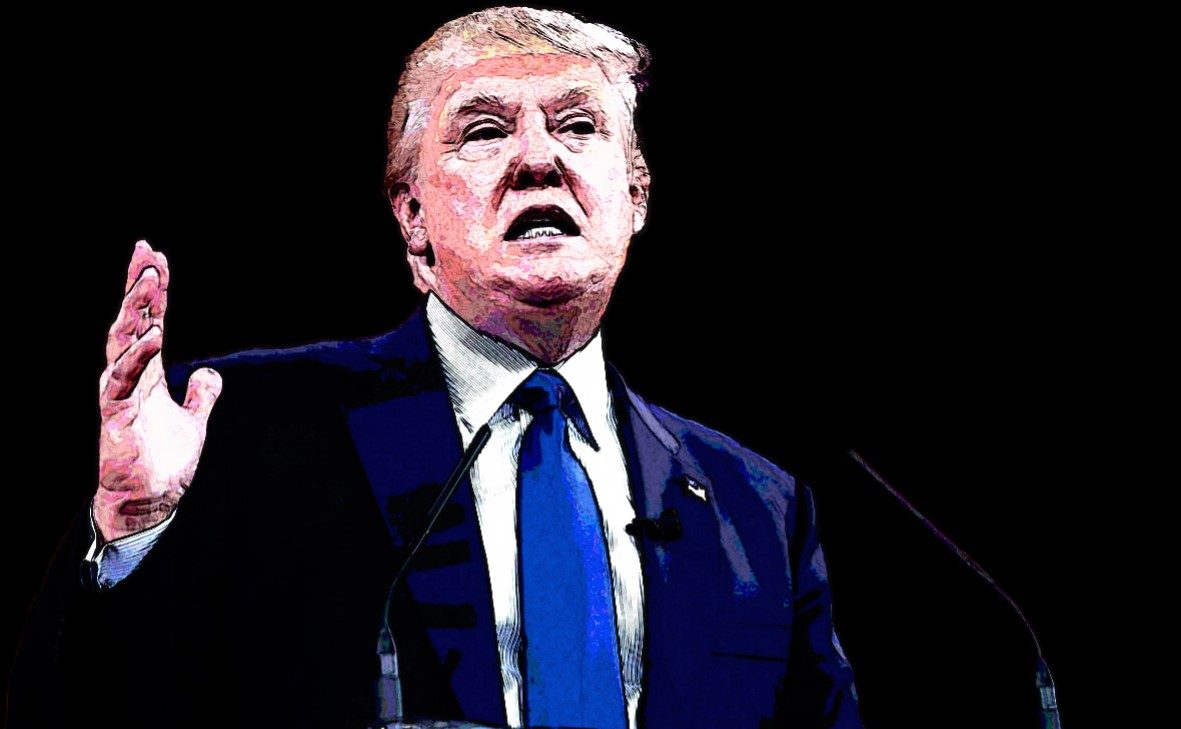 Info-Wars host and founder Alex Jones appeared to break down last Friday after President Trump confirmed airstrikes had taken place on an alleged Syrian chemical weapons facility. Jones has long been a proponent of the theory that many of the attacks in Syria are staged, false flag attacks, designed to drag the US into another war and was distraught that Trump would play into the hands of those perpetrating the false flag attacks – either intentionally or not.

“I just feel like I just had my best girlfriend break up with me,” Jones said. “The left will make jokes, but this ain’t funny, man.”

The rant continued with Jones threatening to tell Trump that he has abandoned those who believed in him,

“I will tell Trump that you really betrayed your family and your name, and everything you stood for with this horse manure… They have broken Trump, we made so many sacrifices, and now he’s crapping all over us. It makes me sick.”

This is one of the first signs of a potential split in the Trump base and the pro-Trump elements of the media. Aside from small sticking points, most pro-Trump commentators would line up to defend Trump on almost any issue (remember pussy-gate), yet there seems to have been some genuine disagreement with the latest Syrian air-strikes in response to alleged chemical attacks by Assad.

Amongst others, Conservative Talk Radio host Michael Savage and alt-right Twitter commentator (both of whom have been ardent Trump defenders) both registered their disgust at the air strikes. Doug Stafford, a strategist for Sen. Rand Paul’s RANDPAC, tweeted “Congratulations to the Trump administration for adopting the same failed foreign policy and ignoring of the constitution as the last two administrations”. Even Fox News wasn’t as willing as usual to back up the President’s decision, with presenter Laura Ingraham commenting,

“I guess it feels good because there are horrible things happening there, but what do we really accomplish here tonight in Syria? This is not why Donald Trump got elected.” 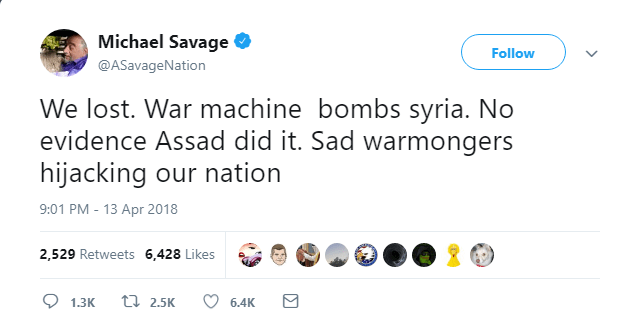 Ingram makes a fair point, during his campaign, he frequently blasted Republicans for leading the country into the Iraq War, argued the U.S. military was stretched too thin and promised to end the U.S. foreign policy of “intervention and chaos”. Many commentators and Trump surrogates argued at the time that Trump’s isolationist policies would likely mean less foreign intervention. However, given the nature of these strikes against Syria

Trump is certainly not the first President to pedal back foreign policy commitments and promises. John Weaver, a Republican political strategist who ran John Kasich’s 2016 presidential campaign, argued that this is almost part and parcel of transitioning from candidate to President,

“When Bush was running for president, he was very much not into nation-building and into looking to home, and then the fickle hand of foreign policy intervened and he, too, went down the path. That even happened to some extent to President Obama… This is pretty standard fare for presidents who run looking inward and end up having to deal with situations abroad.”

This is not in character with Trump’s most recent comments on Middle Eastern conflicts, as recently as early April Trump was calling for a quick withdrawal of American troops from Syria. Congress was informed, though not consulted, about the air-strikes, in what seemed to be a snap-decision from Trump following the alleged chemical attacks. Though Trump is nothing if not inconsistent on most policy areas, so this is hardly surprising.

The extent to which his opinion has been influenced by the new National Security Advisor and renowned war-hawk, John Bolton, is questionable, although it is notable that less than a week after his appointment Trump decided that intervention in the conflict was necessary.

On the other side of the argument however, there were still those who happily supported the decision to strike Syria. On r/The_Donald, Reddit’s pro-Trump sanctuary, there was disagreement over how to react to the strikes, though one top comment on the thread discussing the attacks seemed to sum up the prevailing mood,

“Awful lot of concern trolls out tonight, trust in Trump, he’s not steered us wrong yet.”

Republican Congressman Bill Mitchell was quick to jump to Trump’s defence, encouraging supporters to trust Trump’s judgement rather than condemn action that was contrary to their desired agenda.

Jones also later walked back some of his comments and has since claimed that he believes Trump is being blackmailed by the ‘deep state’ in order to push war in Syria.

So this issue, whilst causing some disagreement amongst the Trump base, isn’t likely to cause the predicted eventual split amongst Republican’s and Trump supporters. Trump’s decision to strike Syria in April 2017 was also met with criticism, but with the speed of the current news cycle it will likely be forgotten and brushed over as commentators are forced to focus on the next scandal to engulf the current administration. It is, however, encouraging to see that there may be red lines for some of those who consistently back Trump’s every move. Criticism and debate should be at the heart of any political or policy discussion – so perhaps there is less blind support than many would like to believe.