Internet Censorship Is Not The Way To Combat Terrorism 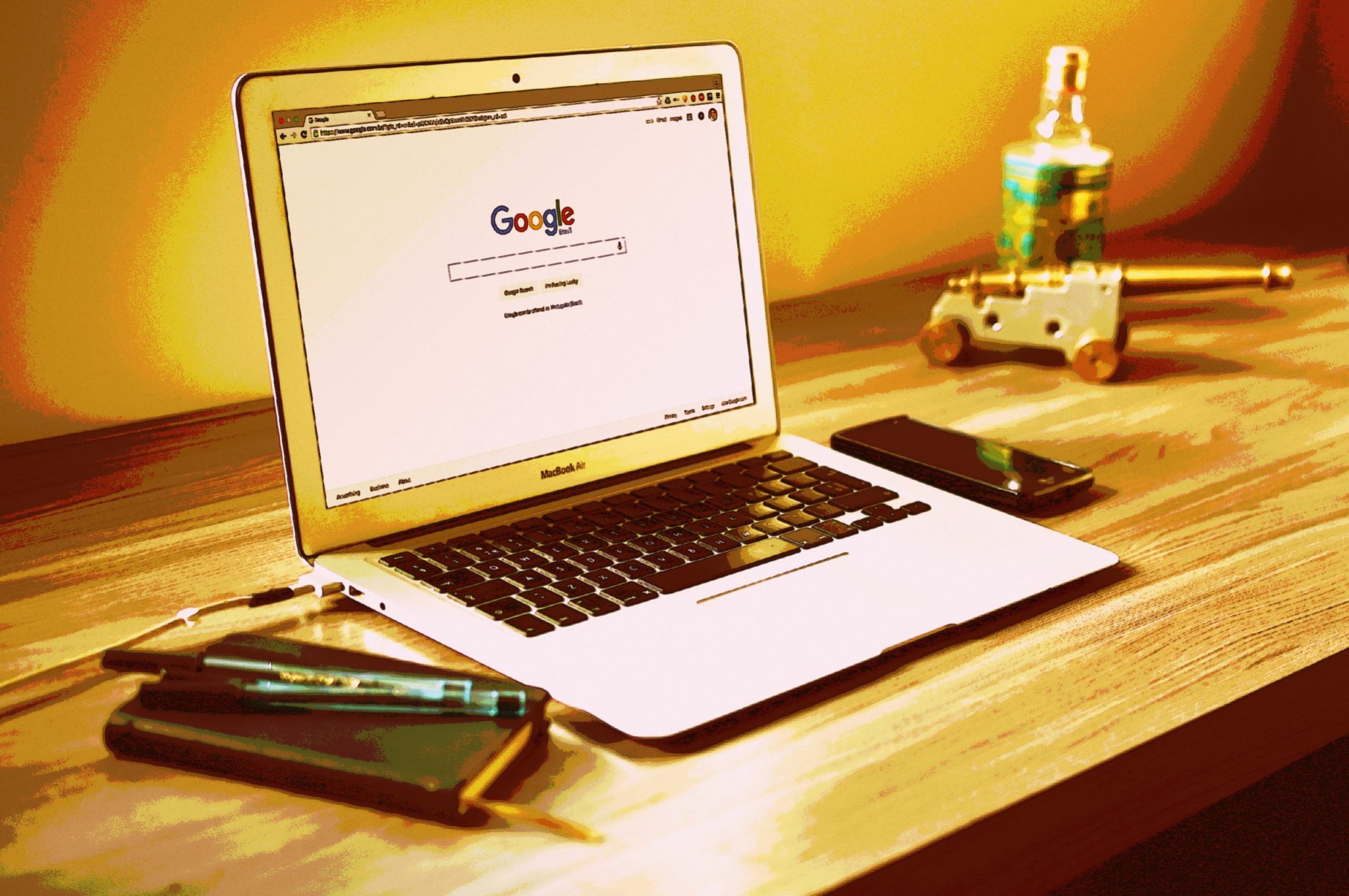 During the lead-up to the 2017 General Election, the Conservatives mentioned proposals to heavily censor the internet in order to curb terrorism. They had already been vocal about their desires to prevent encryption on services like WhatsApp in an attempt to stop terrorists sending untraceable messages and in the wake of the Manchester Arena bombing, Theresa May reaffirmed her commitment to censoring and monitoring the internet as a means of combating terror. Amber Rudd and numerous other members of the UK government have been on shows like Andrew Marr discussing the ways in which they want to outlaw encryption or build ‘backdoors’ into encryption based platforms in order to give government and police a way in.

The Conservative Manifesto for the 2017 election also mentioned their desire to censor and monitor the internet, stating that,

This can read as a horror story or as sensible regulation depending on how you read into the statement, suffice to say regulation of internet content could be a slippery slope to regulation of free speech and freedom of the press. Later in the manifesto, they give further details on the policy, outlining their plans to ensure that “fake news” is eliminated and that media output can be regulated:

Essentially here they want to set up a government watchdog that will monitor media output online. The rise of independent media sites like Evolve Politics and The Canary, have shown that there is a general rejection of the mainstream media. This could be looked at as a means through which the corporate media can regain a monopoly on media output. Five billionaires currently control 80% of British media, so the rapid growth of independent outlets has the potential to damage their market-share and their credibility.

Donald Trump has also spoken on numerous occasions about his desire to cut off parts of the internet, discussing during his 2017 campaign that,

“We’ve got to maybe do something with the Internet because they are recruiting by the thousands.”

In the wake of the Parsons Green bombing in London, Trump once again reiterated his desire to shut down or censor large parts of the net, tweeting that,

Loser terrorists must be dealt with in a much tougher manner.The internet is their main recruitment tool which we must cut off & use better!

The Daily Mail were also quick to lay the blame on the net, with their front page discussing how the tech giants of the world were at least partially to blame for the attack because of the ease of access to the instructions on how to make bombs like the one used in the tragic attack in London last week. 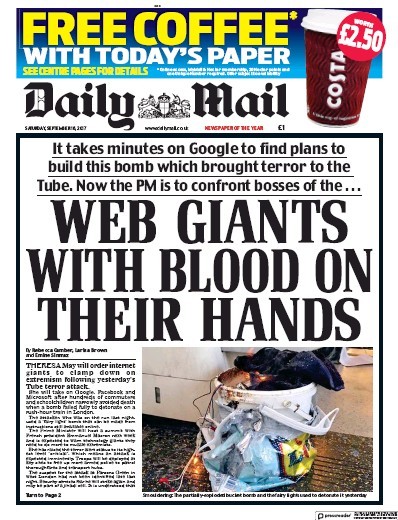 None of these plans or suggestions have any real substance to them at the moment. Plans to outlaw encryption or build ‘backdoors’ fundamentally misunderstand the nature of encryption and the Conservatives have been incredibly vague about how they would go about censoring and filtering the unfathomable masses of information available on the world wide web. Trump has demonstrated that he has very little substantive technical knowledge and his calls for shutting down parts of the internet are little more than rhetoric and grandstanding at this point.

However, regardless of the fact that these plans have very little substance to them, the idea is becoming increasingly discussed and considered and that is truly terrifying. The internet is one of the greatest technological leaps that humanity has ever made, it is on par with electricity and the car in the impact it has had upon humanity and civilisation.

Yes, there are dark and perhaps scary parts of the internet, sites, and forums that may seem totally and utterly detached from reality. There are the dangers of psyops, targeted propaganda, the mental health risks associated with social media, the growth of political echo chambers and the risks that come with access to every type of information from flight schedules to bomb-building guides. But unfortunately (or fortunately), the internet is a reflection of our society. Yes, the fringes might be magnified, the anger and hatred might be exacerbated by the anonymity, but it exposes a glaring ugly underbelly to both society and human nature that we cannot ignore exists. It allows us to see every side of society and therefore come to terms with the dark, ugly, grotesque sides of the very nature of our species, to see what we are truly capable of thinking, imagining, or picturing. To ignore that reality is to attempt to ignore the darker sides of humanity, to push out ideas we don’t understand or agree with, and to allow ideas to go unchallenged and fester beneath the surface.

Consider as well the incredible benefits that the internet has brought with it. Everything from next day delivery to instantaneous global communication, the ability to share your passion with the world and find information or tips on any hobby, idea, or skill. It gives people access to information that papers won’t print, news shows won’t discuss, or music that radios won’t play. The scale of international corruption wouldn’t be accessible to most, the ability to fact check politicians, or easily organise protests. We wouldn’t know about the DNC collusion, money offshoring exposed by the Panama Papers, the NSA domestic surveillance program, the list goes on.

Over the last two decade, information has become open source, free to anyone with a wifi connection in most developed nations, and that is the way it needs to remain. Lest we tread the path laid by Cuban, Chinese, and North Korean dictators in restricting access to information that governments deem to be unworthy for public consumption.

Many people may not choose to use the access to almost every ounce of knowledge ever produced by humanity at the touch of a button wisely. “Fake news” and social media have become weaponised to inflict damage upon anyone who fails to check sources and conduct their own research. Internet and email scams continue to reek havoc upon people’s lives, despite warnings and prevention techniques many companies choose to play fast and loose with cyber security.

But we are only the first generations to live with this ability. At no other point in history did we have such knowledge available so instantaneously at our fingertips. There are bound to be growing pains. The scale of impact and development of technology has exploded beyond anything that our species or planet has ever seen, so misuse and misunderstanding are understandable. We haven’t fully grasped how we can use the car more than a century later, we still have car crashes and traffic jams, yet we don’t consider banning all cars. Information may be slightly more complex than the motor vehicle, but it proves to illustrate the point that we cannot stamp out and restrict one of our greatest achievements and resources.

To come back to my original point, the suggestion that heavy internet censorship would solve the issues that the world has with terrorism is absurd. We all have access to the instructions on how to build a bomb and yet almost none of us would consider using it. The intent of terrorists will not be deterred by a restriction of humanity’s greatest resource, rather it means we may lack the tools necessary to combat more radical ideas and discuss how to prevent them arising. To truly prevent terrorism we need to look at the root causes of hatred and division that drives people to commit these horrific acts, not simply cut off one source of information or communication — there have been anti-government plots much longer than the internet has been around. In fact, over the past 20 years, the number of people killed in terror motivated attacks has declined significantly. 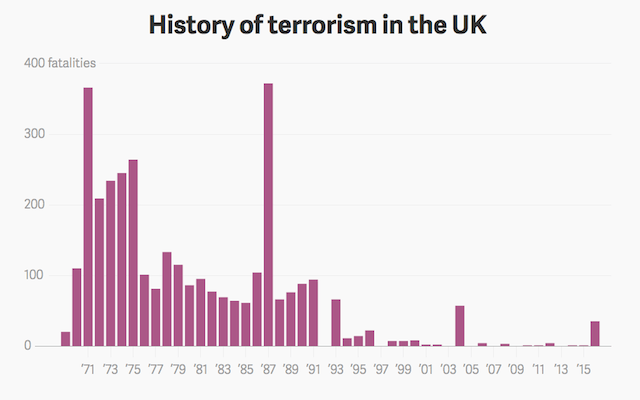 The main point here is that the internet must remain open, free, uncensored, and unrestricted. Access to the information that helps us build a better world should not be sacrificed to combat terrorism arguably caused by economic distress and an aggressive and invasive foreign policy.